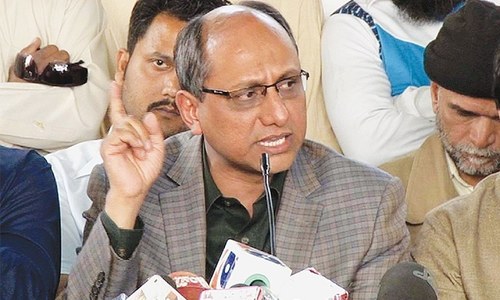 Election  Commission (EC) has withheld notification of  Sindh Assembly PS-114 by polls result
MQM Pakistan while challenging the result of this by election in EC had accused the result of the by polls were tempered at the last moment when MQM was winning this election. The MQM had demanded for verification of thumb impressions and recounting of votes.
A 5-member  bench of EC presided over by Chief Election Commissioner (CEC) Justice (Retd) Sardar Raza took up for hearing the petition  filed by MQM seeking recounting of votes Thursday.
MQM MNA S Iqbal Qadri appeared as counsel for  MQM before EC and prayed the EC to direct returning officer to conduct recounting of votes.
CEC remarked “ tell us the reasons for recounting.
Counsel for MQM said “ bogus votes were cast in by polls at PS-114. MQM had demanded biometric machines and deployment of army. 100 biometric machines were purchased but we have not been provided data.
He said 18000 voters want to know election has been held in fair and transparent manner or otherwise. MQM candidate was winning at the last moment while PPP has always remained at No 3 or 4 in this constituency.
CEC said the powers for recounting of votes rest with election tribunal.
Counsel for MQM said EC has limitless powers. How the people will vote for the government which has turned Karachi into heap of filth.
The EC while withholding the notification of success of  PPP candidate Saeed Ghani adjourned the hearing of petition filed by MQM till July 17.