One Traffic Policeman Martyred, Another Injured In Karachi Attack 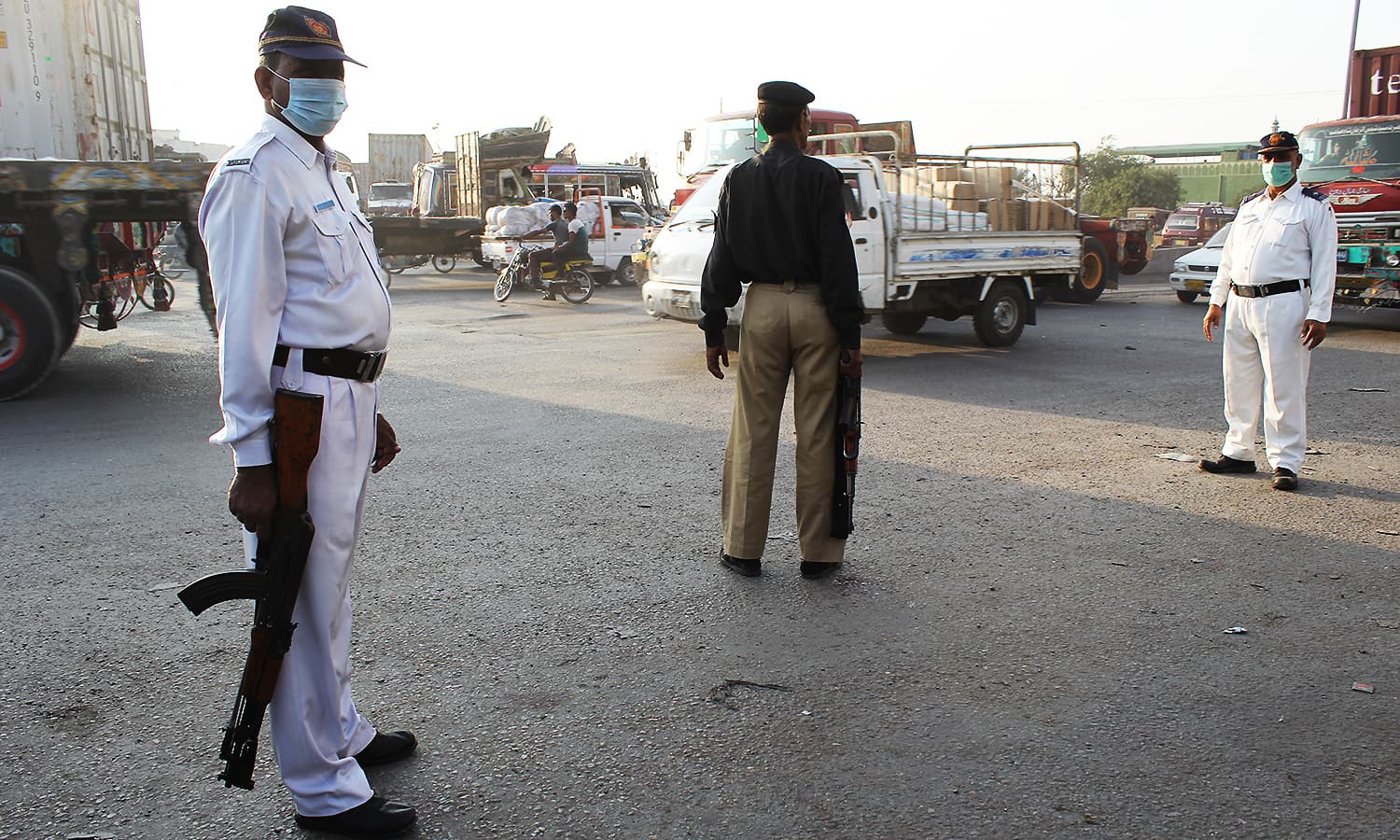 One Traffic Policeman Martyred, Another Injured In Karachi Attack

One traffic police official was martyred and another injured in a gun attack in the Abul Hasan Isphani road area of the metropolis on Monday evening.

The traffic officials were performing their duty when they were attacked and were posted at the Gulzar-e-Hijri traffic section.

Police sources added that around 10 casings of 9mm were recovered from the site.