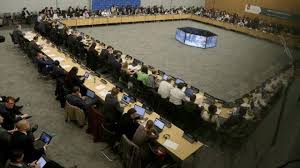 Pakistan Attending FATF Meeting In Bangkok: To avoid falling into the grey list by next month, Pakistan has sent its high-powered delegation to Bangkok for attending the two-day plenary session of the Financial Action Task Force (FATF) started from May 22nd 2018.

The delegation will brief the forum about the steps taken by Islamabad against money laundering and terror financing as a last-ditch effort.

A top government official confirmed that a high-powered delegation to attend session convened by FATF for outlining action plan in consultation with all the stakeholders has left for Bangkok.

The Ministry of Finance, Financial Monitoring Unit (FMU), Ministry of Foreign Affairs, Ministry of Interior, Law Enforcing Agencies, NACTA and FBR participated in the long meetings to finalize Pakistan’s stance for the meeting.

This meeting is aimed at formulating an action plan to combat money laundering and terror financing after analyzing the performance of the different member countries.

Pakistan will brief about its action which the government undertook by legislating the Finance Bill 2018, with the approval of the Parliament, for taxing foreign jurisdictions and helping the country to curb money laundering under mutual assistance agreement with OECD and other bilateral countries.

All the ministries concerned have deliberated upon the internal strategy and held hours-long meetings in Ministry of Finance in recent days to spell out the roadmap to be presented during this two-day meeting at Bangkok.

The purpose of the plenary meeting is to ensure the adoption, implementation and enforcement of internationally accepted anti-money laundering and counter-terrorist financing standards as set out in the FATF Forty Recommendations and FATF Eight Special Recommendations.

The Asia Pacific Group on Money Laundering (APG) also enables regional factors to be taken into account in the implementation of anti-money laundering measures. Following the events of 11 September 2001, the APG expanded its scope to counter terrorist financing. The APG conducts mutual evaluations of its members and holds a periodic workshop on money laundering methods and trends. Its work mandate has been set out in a document containing specific terms of reference for the group. The APG is supported by a secretariat, which serves as the focal point for its activities. The APG became an associate member of the FATF in 2006.

The effort includes assisting countries and territories of the region in enacting laws to deal with the proceeds of crime, mutual legal assistance, confiscation, forfeiture and extradition; providing guidance in setting up systems for reporting and investigating suspicious transactions and helping in the establishment of financial intelligence units.