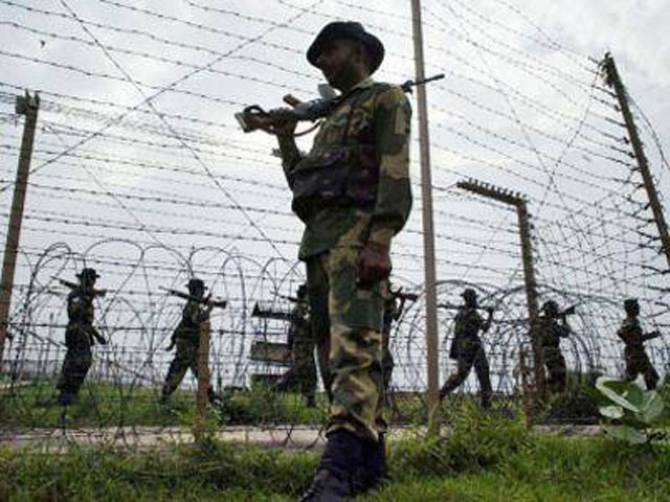 Pakistan, India troops exchange fire at LoC, one person injured: HumSub.TV: One person was injured as Pakistani and Indian troops exchanged fire on the heavily militarised Line of Control (LoC) in the disputed Himalayan region of Kashmir on Monday.
Mohammad Din Mir was injured by the splinters of a mortar shell in the Digwar sector of Haveli district, where shelling began at 9am, according to a police official.
The 60-year-old victim was admitted to a military-run health facility in the area.
“They are using mortars and the shelling is continue intermittently,” the official said.
In the neighbouring Abbaspur sector of district Poonch, the villages of Chirikot, Nakar Kot, Kakota, Dhiroti Polas have been hit by Indian troops since 9am, said Poonch Deputy Commissioner Raja Tahir Mumtaz.
“They are using both small and big arms but no casualty has been reported as yet,” he said.
“The exact situation will however be clear only after the shelling stops or subsides,” he added.
Military sources said that Pakistani troops were retaliating “effectively”.
On Saturday, an 18-year-old boy Attique Qureshi, was injured in shelling at Dhiroti Polas village. The boy succumbed to his wounds on Sunday night when he was being moved to Islamabad from a health facility in Rawalakot.
Residents said his funeral prayers could not be held in his village due to shelling and had been rescheduled for 1pm in Abbaspur city.