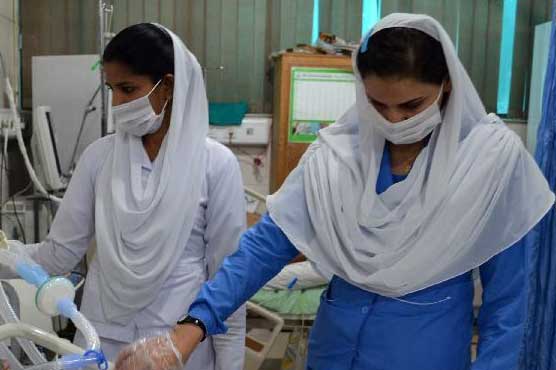 Pakistan Nursing Council withdraws decision to ban veil: Pakistan Nursing Council (PNC) has withdrawn its decision to ban veil during duty hours and has issued a notification in this regard.
The fresh notification says wearing veil is an individual act of every woman and that female nurses are only bound to wear white shalwar kameez and duppta while male nurses will wear white pant shirt.
It is pertinent here to mention that PNC had imposed ban on wearing veil during duty hours citing security reasons.