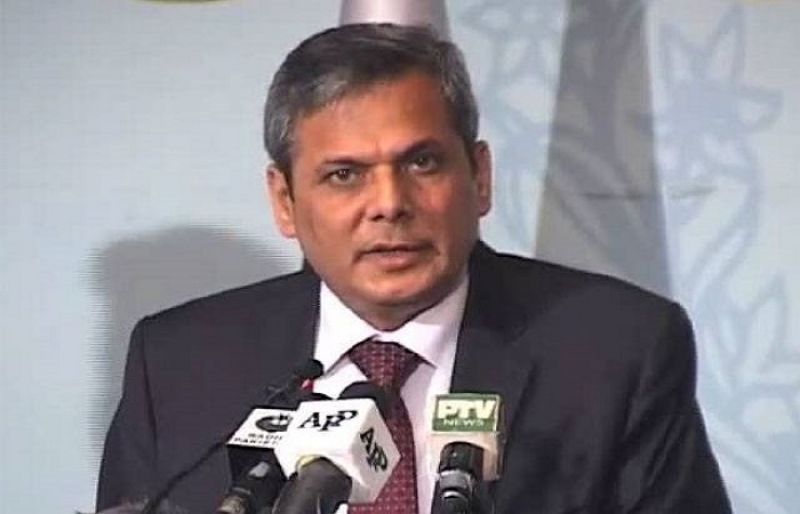 Pakistan on Thursday regretted the acquittal by an Indian court of a Hindu radical accused by Islamabad of being the mastermind of the deadly 2007 Samjhota Express bombing among other cases.
An Indian court on Wednesday handed down a rare guilty verdict against three Hindu radicals over the 2007 bombing of the Ajmer Sharif Dargah, but cleared Swami Aseemanand, the alleged mastermind of the attack initially blamed on Islamist groups.
Naba Kumar Sarkar, better known by his nickname Swami Aseemanand, the alleged ringleader behind the religiously motivated attack, was among seven Hindu radicals acquitted after prosecutors failed to prove their guilt.
Aseemanand remains in prison pending trial over his role in two separate bomb attacks ─ one on a mosque and another on the Samjhota Express that together killed nearly 75 people.
“Aseemanand and Col Rohit were involved in the Samjhota Express tragedy… Aseemanand himself confessed to the crime,” FO spokesman Nafees Zakaria said at a weekly briefing on Thursday.
He said Pakistan has provided complete information regarding the arrest of Indian spy Kulbhushan Jadhav to Indian authorities.
Despite being provided “all evidence”, he said, India has so far not issued a response on the matter.
The FO spokesperson also condemned the instances of ‘unprovoked’ firing by Indian troops across the Line of Control (LoC) and decried the targeting of civilian populations.
Pakistani authorities have recorded their protest by repeatedly raising the issue of ceasefire violations with Indian officials, the FO spokesman added.
“Through such steps, Indian wants to divert the world’s attention from its atrocities against [India-held] Kashmir civilians.”
India has violated the ceasefire a total of 1,400 times since 2013, Zakaria said. “India violated the ceasefire 400 times in 2016 alone.”