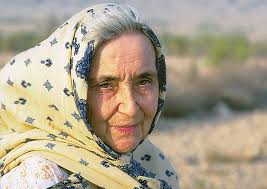 Pakistan’s ‘Mother Teresa’, Dr Ruth Pfau, who led a battle against the stigmatised disease of leprosy, passed away early Thursday morning after a long illness. She was 87.

She had been hospitalised at a private hospital in the metropolis for two weeks due to age-related illnesses and her condition had been worsening.

Dr Pfau, the founder of the National Leprosy Control Programme in Pakistan, was in charge of the Marie Adelaide Society of Pakistan (MASP), where leprosy patients are treated.

Her funeral mass will be held at St Patrick’s Cathedral on August 19, said the obituary by MASP Chief Executive Mervyn Lobo.

According to Lobo, Dr Pfau had been admitted to the ICU of a private hospital after her health deteriorated earlier.

Dr Pfau, who was born in Germany, came to Pakistan in the 1960s and dedicated her life to taking care of leprosy patients.

It was due to the endless struggle of Dr Pfau that Pakistan defeated the disease and became leprosy-free in 1996.

She was granted Pakistani citizenship in 1988 and received numerous accolades for her services.

“Dr Pfau’s efforts will be remembered forever,” Shehbaz said in a statement soon after news of her death surfaced.

In a tweet mid Thursday afternoon, the Inter-Services Public Relations said Dr Ruth would be remembered as an ‘ambassador of humanity.’