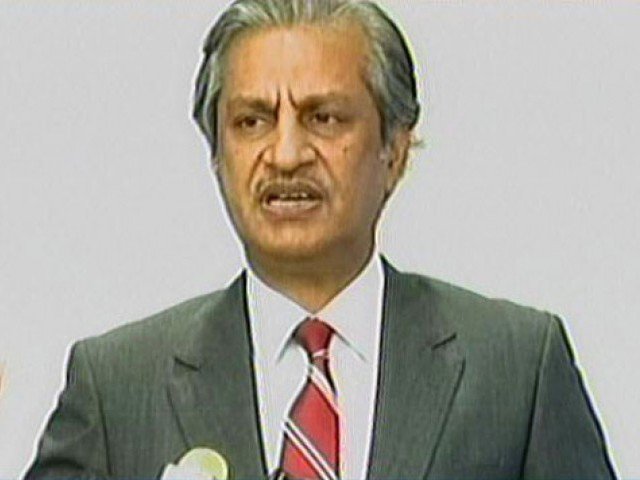 PEMRA chief fears for his and staff’s lives, calls for security: Pakistan Electronic Media Regulatory Authority (PEMRA) Chairman Absar Alam asked the higher authorities on Monday to take notice of the threats being issued to the authority and provide security to him and his staff.

“It’s becoming increasingly difficult for the PEMRA to continue performing its duties under these conditions,” he said, while addressing a press conference in Islamabad.
“I request the prime minister, the chief justice of Pakistan and the army chief to take notice of this situation and ensure that my team members and I are given sufficient security,” he added.
Absar said his organisation was receiving threatening phone calls. He played the audio recording of a threatening phone call a PEMRA employee had received after a TV news channel was taken off air.
“There are many TV news channels and anchors poisoning the society with malignant content,” Alam observed. “We are criticised by both the conservative and liberal segments when courts grant a stay on the cases we take up related to the code of conduct,” he added.
Alam said Pemra had taken action on 357 complaints lodged with it but they were challenged in 337 courts.
“High courts are even granting stay on the show-cause notices issued by the authority,” he added.
The Pemra chief said the authority was committed to fulfilling its duty of blocking content which was against the spirit of the National Action Plan and Operation Radd-ul-Fasad.
“PEMRA’s powers are being curtailed and restricted,” he maintained.
The PEMRA chief asserted that all federal institutions were bound to assist and cooperate with the authority as and when required as per Section 33-A of the regulations.
“I have requested the prime minister and the chief justice of Pakistan to help the authority in enabling it to perform its duties properly,” he added.
Alam said he could put up with the criticism aimed at him but tolerate attempts to taint PEMRA’s reputation.
“I have faced criticism despite the fact that I paid Rs8.2 million in income tax last year.”