Mar 9, 2018 PML-N Is Considering To Nominate Raja Zafar ul Haq For The Seat Of Chairman Senate 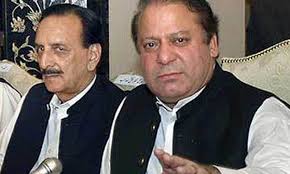 Raja Zafar ul Haq, a practicing lawyer is a Pakistan senator from the Punjab since March 2009, diplomat, and PML-N senior figure. In 1980s, he had a successful diplomatic career before his entry in national politics. He served in the Ministry of Religious Affairs as its minister from 1997–99, and played a crucial role in religious policy of the country. In 2009, he was elected to the Pakistani Senate for a six-year term. He was elected as the leader of the Independent Opposition Group (consisting of more than 6 parliamentary parties) in the Senate of Pakistan in 2009.

Both PPP and PML-N has increased their efforts to convince independents and smaller parties to join them to grab the senate top slot. While yesterday PTI Chief has announced its support for the contestant from Balochistan. He said that PTI will make sure that the next Senate chairman should be from Balochistan. In order to give this province an opportunity to meet their inadequacies, PTI has decided to hand over its Senate seats to the Balochistan Chief Minister.

Balochistan House has become the center of activities after arrival of six independent senators along with Chief Minister Abdul Quddus Bizenjo including former deputy chairman of the Senate Jan Muhammad Jamali.

PML N despite in majority is struggling to gain support after senate polls to get his chairman selected. JUI-F, National party and other allies of PML-N have not put forward any name yet.