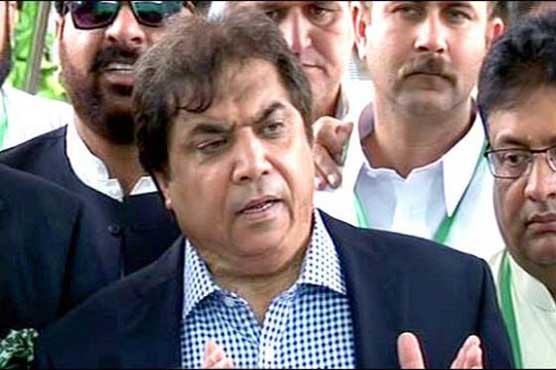 Addressing the media outside the Supreme Court, Abbasi termed Gulalai his sister, and assured her of his complete support.

He said he had disclosed over a year ago the same charges that have been levelled by Gulalai. He said he will consider the delivery of justice to have been finished in Pakistan if investigations are not launched into Gulalai’s claims.

He directed PTI Chairman Imran Khan to surrender his Blackberry cellphone for the probe into Gulalai’s allegations.

Gulalai claims the PTI chief ensured that the party’s women members carry a Blackberry device so their chats stay encrypted.

Meanwhile, Opposition Leader in the National Assembly, Khursheed Shah, said a woman would never like to level such allegations unless they were true.

He urged for a thorough investigation to get to the facts of the case, saying He it is sad if this has happened.