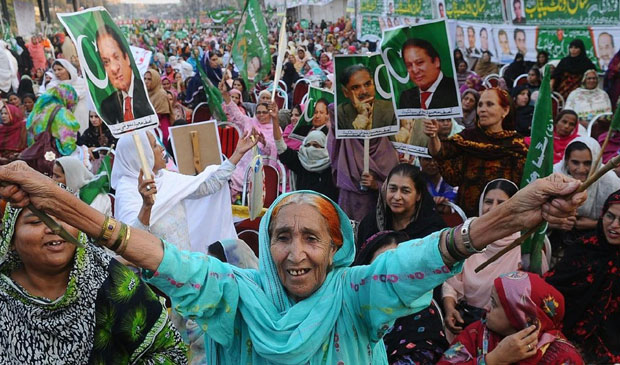 Scores of workers of Pakistan Muslim League-Nawaz (PML-N) Women Wing staged a demonstration on Sunday to express solidarity with the party leadership.

The demonstration was led by PML-N Women Wing District President Dr Ayesha Abdullah and attended by scores of women workers at Chowk Kumharanwala. The workers were carrying banners and placards inscribed with slogans in support of PML-N leadership. While addressing the workers, Dr Ayesha said that the PML-N was the most popular political party of the country and would also win the next general elections in 2018.