Police arrests 16 suspects in knife attacker case amid another attack 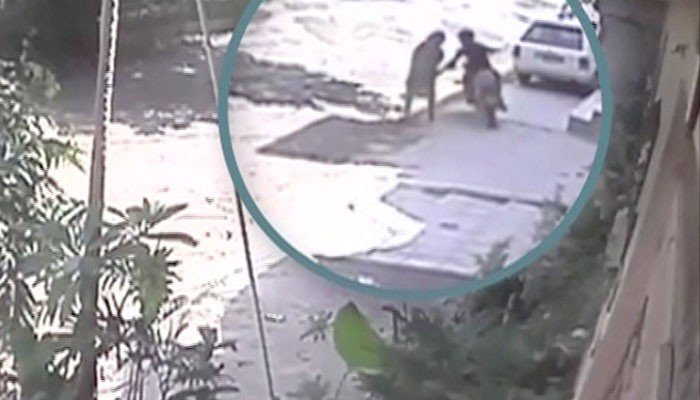 Police arrests 16 suspects in knife attacker case amid another attack

At the Pehlwan Goth area of Karachi on late Thursday, another woman had been attacked with a sharp object. The police on the other hand had arrested 15 suspect including one key suspect.

According to the police, the 28-year-old woman was attacked, who got her hand injured as she tried to resist the attacker. She was then rushed to a private hospital in Gulistan-e-Jauhar, the police say.

The total number of reported knife-attacks on women has shot up to 15, with the First Information Reports (FIRs) of three incidents registered at the Shahrah-e-Faisal and Gulistan-e-Jauhar police station.

Last week, fear gripped residents of Gulistan-e-Jauhar area after reports surfaced of a ‘knife attacker’ targeting women in the area.

After five women were attacked, within a span of three hours, on Wednesday in areas including Gulshan-e-Iqbal and Gulistan-e-Jamal, the Sindh Information Minister Syed Nasir Hussain Shah said that law enforcement agencies were actively engaged in the manhunt and would arrest the ‘culprit within a day or two.’

The attacker seems to have posed a challenge to the law enforcement authorities, who are yet to nab the assailant.

The first incident, in the chain of attacks, was reported on September 25. Since then, a total of 13 attacks have been reported.

The FIR of an attack on Shaheen on September 26 was registered by the police on Wednesday, after repeated requests from the victim’s family.

The incidents have sparked fear and panic among the residents of the metropolis, forcing women to take extra precautions before venturing out.

A female student of Karachi University (KU) said police officers have advised women to be careful while walking on the streets.

“We have been directed to not leave our houses after Maghrib prayers,” explained another student.

Female students also said that they are taking all possible precautions, including avoiding walking alone at night and not staying out for too long.

A KU student said that the attacker seems to be suffering from a psychological disorder. “Normal people do not commit such acts,” she said.

Another student noted that government should take notice of the issue and resolve it immediately.

“What is happening and why the police have failed to arrest the culprit,” said Shah, adding that the attacks appeared to be a move to trigger fear and chaos in the metropolis.

Separately, the IGP Sindh directed the SSP East to take concrete steps to ensure the arrest of the attacker.

Karachi Police released pictures — screengrabs from the CCTV footage — of the suspect Saturday night, wherein the assailant can be seen riding a motorbike moments before attacking one of the victims.