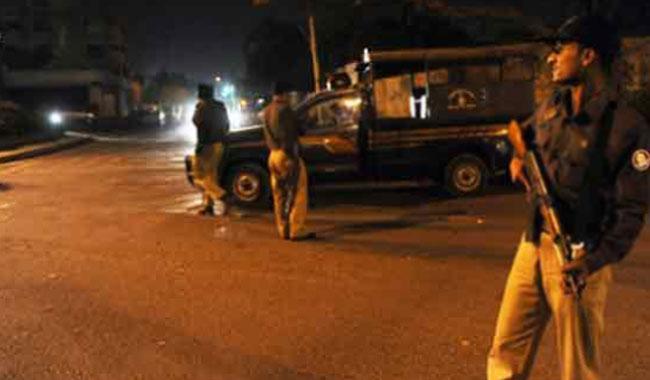 Three suspected robbers who broke into a building in Karachi’s Delhi Mercantile Society area were killed in an exchange of fire with the police early Thursday.

Authorities reached the building — located near Tariq Road — soon after they were informed by residents, and managed to clear out the premises in a shootout with the suspects.

This wasn’t the suspects’ first robbery attempt, the police claimed.

A citizen lost his life after rounds were fired at him in Malir’s Liaquat Market vicinity.

Moreover, 20 suspects were arrested from different parts of the city in joint Rangers and police search operations.