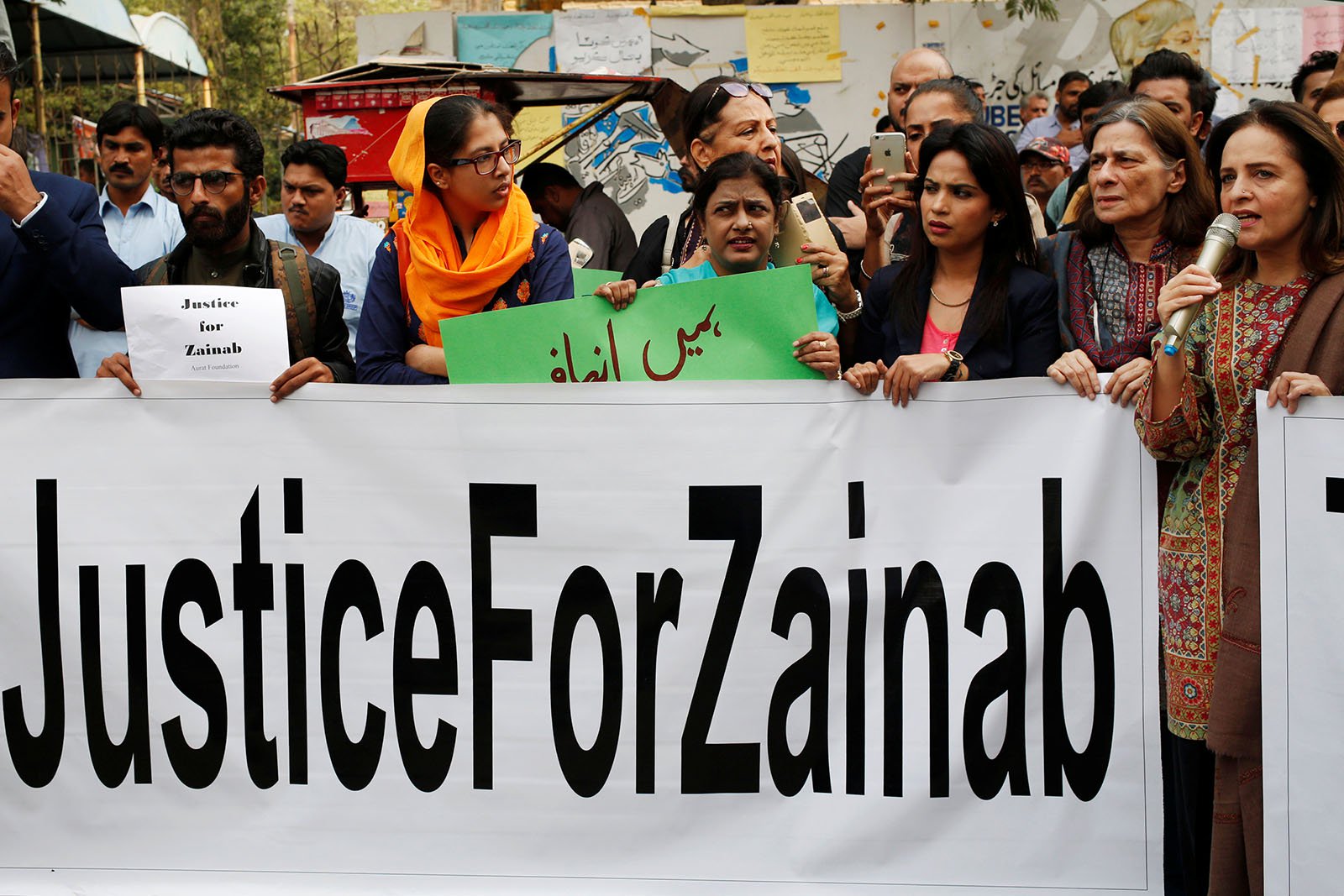 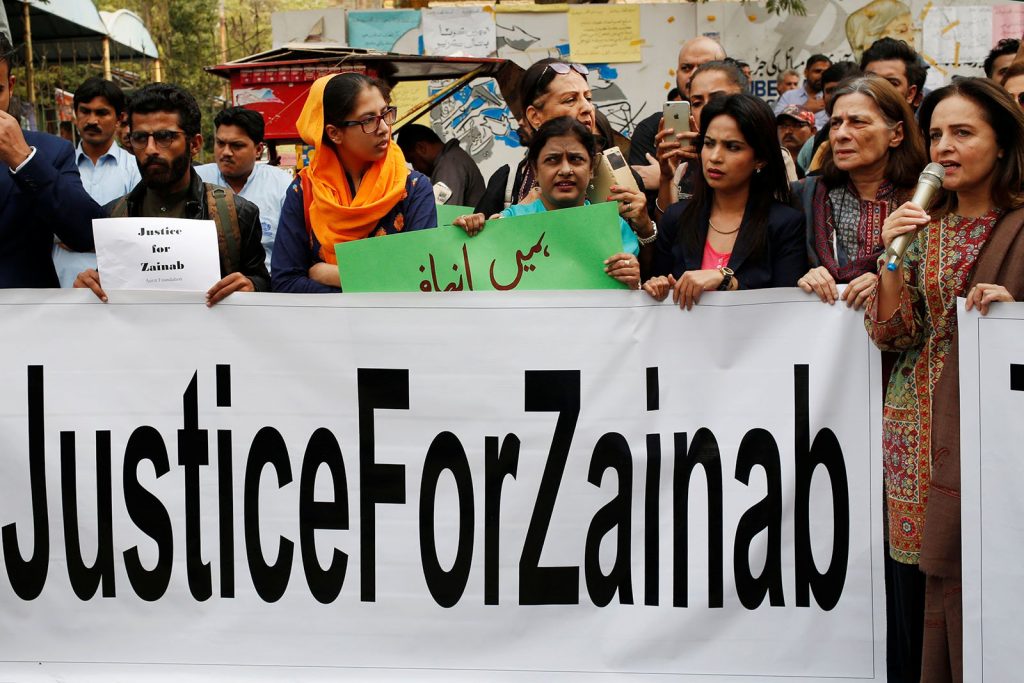 On Thursday January 11, 2018 students, teachers, rights activists, citizens and artists assembled outside the Karachi Press Club to protest against the rape and murder of an eight years old child in Kasur, Punjab.

‘We want justice’ and ‘Justice for Zainab’ were the repeated phrases of the protesters determined to have their voices heard by both the provincial and federal governments.