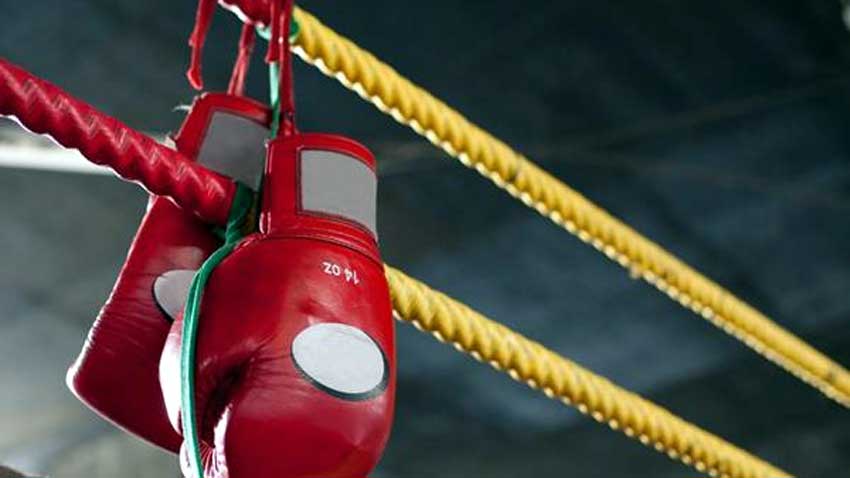 The event is being held under the slogan of ‘Kaun Banay Ga Punjab Ka Boxing Champion? (Who will be the boxing champion of Punjab?).

A spokesman for the SBP said last week that the Championship is being organized on the instructions of Secretary Sports Punjab Muhammad Aamir Jan to promote the game in the province.

He said that registration for the Boxing Championship has been completed in all districts of Punjab. Trials for selection of teams were held on May 5th and 6th at state-of-the-art Punjab Tennis Courts.

British-Pakistani boxer Amir Khan has landed in Lahore to take part in the closing ceremony of the Inter-Division Punjab Open Boxing Championship.

Khan along with his wife Faryal Makhdoom will be chief guests at the closing ceremony, where they will be handing out prizes to the winners.

Aamir Khan is attending the closing ceremony of the tournament which would be a great source of encouragement for young boxers.

The closing ceremony will take place tonight at the Nishtar Park Sports Complex Gymnasium Hall. According to the boxer he had come to Pakistan to work on the development of boxing in the country.

Earlier Khan while talking to the media in London had said that Pakistan is a haven for investors and that he will be establishing many training academies for boxing in Gwadar and some other cities in Pakistan. He had added he will be working with leading real estate developer CPIC for the purpose.