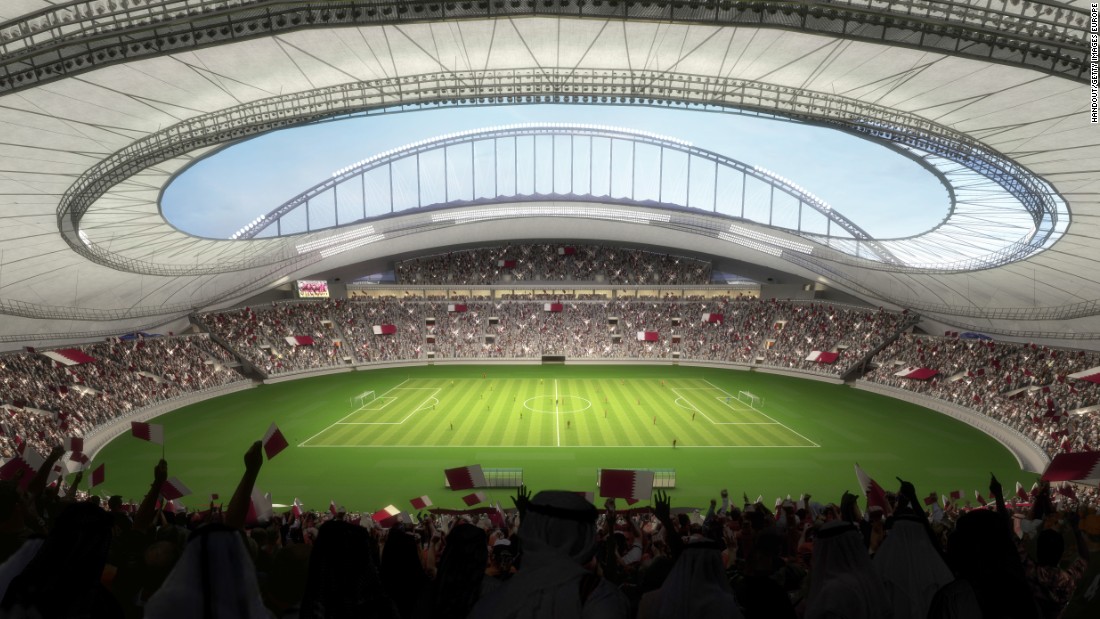 There is “an increasing political risk that Qatar may not host the World Cup in 2022”, according to a confidential report examining the risks surrounding the project.

The study, by management consultants Cornerstone Global and obtained by the BBC, assesses the impact of the current diplomatic crisis between the tiny, gas-rich emirate and its neighbours.

The document warns construction companies working on the country’s $200bn (£153bn) infrastructure programme that it is a “high-risk project”.

It claims “tournament insiders and regional experts have both stated to us that it is far from certain Doha will actually host the tournament”.

However, in a statement, Qatar 2022’s Supreme Committee for Delivery & Legacy said: “There is absolutely no risk to the future of the first World Cup in the Middle East.”

It insisted there had been “no impact on preparations as a result of the ongoing and illegal blockade against Qatar”, and questioned the motives of the report.

Fifa controversially awarded Qatar the 2022 World Cup in 2010, with the event subsequently moved to winter because of soaring summer temperatures.

Organisers hailed the event as a symbol of regional unity, but in June, Saudi Arabia, Bahrain, Egypt and the United Arab Emirates (UAE) cut ties with their Gulf neighbour saying it was destabilising the Middle East and supporting terrorism.

Qatar strongly denies the allegation and has rejected a list of conditions for the lifting of sanctions.

Saudi Arabia has closed its land border with Qatar, while all four countries have cut air and sea links with the kingdom.

Cornerstone says it advises clients “to give them unique insights to the reality of doing business in complex and challenging environments”.

Entitled ‘Qatar in focus: Is the Fifa World Cup 2022 in danger?’, the report says “Western diplomats have privately stated they do not know whether or not the tournament will take place as planned.

“The reasons for this are many and include open allegations of corruption – both in the bidding process and in the infrastructure development,” the report said.

“Qatar is under greater pressure regarding its hosting of the tournament… the current political crisis has seen – or at least raised the possibility of – a Qatari opposition movement emerging.

“This means an increased risk for those working on, or seeking contracts for World Cup 2022 infrastructure… with a risk of non-payment and no realistic ability to enforce any legal contracts.

“Given the current political situation… it is certainly possible that the tournament will not be held in Qatar.

“Any cancellation of Qatar hosting the World Cup 2022 will likely be abrupt and will leave contractors involved in a precarious situation that may not be easily resolved.”

The report continues: “Construction sources in Qatar have informed us that companies working on the World Cup, whilst not panicking yet, are already feeling the impact of the sanctions, with logistics proving costly and challenging to re-organise in light of the border closures with its neighbours.

“A group of five project managers working for a variety of small multi-national companies, all with government contracts related to World Cup construction, told us in July 2017 that their costs have increased by between 20 and 25% due to logistical problems.”

Cornerstone also says that “Sources within the project have indicated that several members of the Qatar 2022 Supreme Committee have threatened to resign over excessive interference by senior officials on spending and allegations of corruption.”