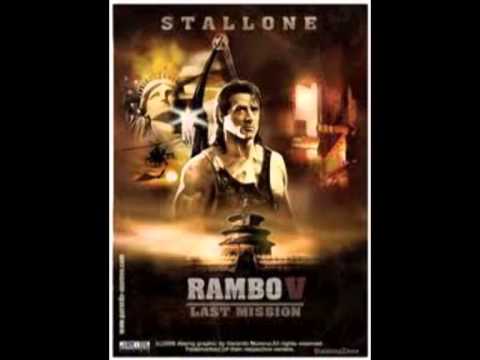 Stallone who is now 71 posted a teaser poster on his Instagram account, showing a graffiti-style image of Hollywood’s most famous Vietnam veteran kneeling with his signature knife and the words: “Rambo V. Fall 2019.”

“Something wicked is coming this way,” the actor commented in a caption, a decade after his character last strapped on his famous headband and fired a hail of bullets at ruthless rogue soldiers in conflict-torn Myanmar.

The film’s producers, Millennium Media, are selling the international rights for “Rambo V” at the Cannes film festival, which opened Tuesday.

The latest installment in the franchise launched with “Bad Blood” in 1982 is slated to start filming in September in several locations including London, Bulgaria and the Canary Islands, according to the Hollywood Reporter.

In the new movie, John Rambo has swapped blood-drenched jungles for quiet ranch living in Arizona as he struggles with post-traumatic stress disorder.

Rambo jumped back into action and join the hunt for the missing girl.

What ensues promises “a violent descent into hell”, said Hollywood Reporter. Stallone hasn’t made a Rambo movie since his 2008’s insanely violent Rambo, which found him reluctantly drawn into bloody conflict in Myanmar.

That movie came a full 20 years after Rambo III, in 1988, while predecessors Rambo: First Blood Part II and First Blood arrived in 1985 and 1982 respectively.