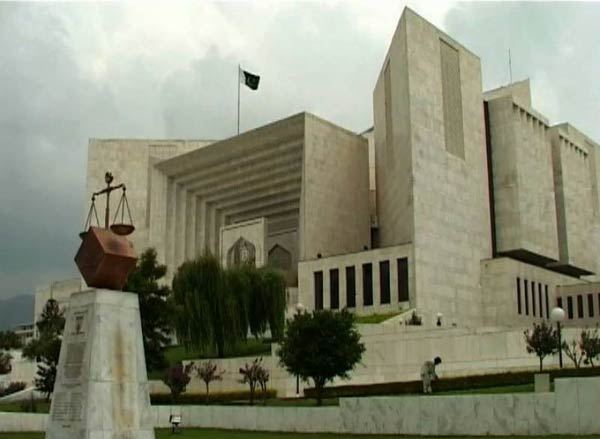 SC directs Imran Khan to submit detailed answer on assets: The Supreme Court (SC) of Pakistan has directed Pakistan Tehreek-e-Insaf (PTI) Chiarman Imran Khan to submit a detailed answer regarding his offshore companies, Bani Gala property and Niazi Services Limited.
The notice was issued by the apex court after conducting the hearing of petition filed by Pakistan Muslim League-Nawaz (PML-N) leader Hanif Abbasi against Imran Khan and Jahangir Tareen.
Chief Justice of Pakistan (CJP) Justice Mian Saqib Nisar remarked that Hanif Abbasi’s counsel Akram Sheikh has filed a miscellaneous application regarding the money trail of assets.
It is worth mentioning here that Hanif Abbasi’s lawyer also predicted during the court proceedings that Imran Khan will be the next Prime Minister (PM) of Pakistan.
“Panama case was about the sitting Prime Minister Nawaz Sharif, and this case is about the next Prime Minister of Pakistan,” said Akram Sheikh in SC.
CJP said it has been accused that PTI takes funds from prohibited sources. The second allegation, CJP continued, is that Niazi Services was not declared by Imran Khan in his assets, third is the suspicious money transaction from Pakistan to London, and fourth is that there is no money trail of the loan that was given back to cricketer-turned-politician’s ex-wife Jemima.
Imran Khan’s lawyer Naeem Bukhari responded to these accusations and assured SC to submit the replies till Friday, and also claimed that more documents will be provided than the applicant has demanded.