CTD to launch crackdown against cheating mafia in Sindh: CM 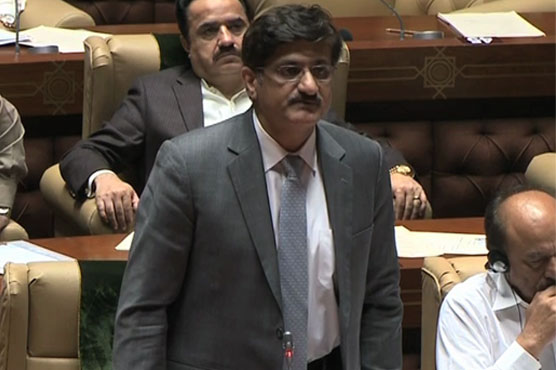 CTD to launch crackdown against cheating mafia in Sindh: CM

He made the announcement while presiding over an emergency meeting at CM House on Monday on the prevention of leakages of question papers during the ongoing examinations in the province.
The meeting was attended by Education Minister Jam Mehtab Dahar, Principal Secretary to CM Sohail Rajput, Universities and Boards Secretary Naveed Shaikh, Colleges Secretary Pervaiz Sehar, CTD Additional IG Sanaullah Abbasi, Karachi Additional IG Mushtaq Maher, Board of Intermediate Education Karachi Chairperson Professor Inam Ahmed and others.
Briefing the chief minister, Professor Ahmed said there were 118 examination centres in the city, out of which 11, including Korangi, Landhi, City College and Buffer Zone, are problematic, as an organised mafia operates in these centres to use unfair means and leak examination papers.
The papers are leaked either from the board offices or by these organised groups, in which some of the internal and external officials and invigilators could be involved, Shah said.
“The printing of exam papers will be monitored by the Central deputy commissioner in Karachi and other DCs in their respective districts and the distribution of papers at the exam time will also be done in the presence of an officer of the district administration all over Sindh,” he ordered.
He directed the Karachi commissioner to hold a meeting with all the DCs and assign them duties at the printing press and examination centres.
He also directed Rajput to convey the decisions made by him to all the commissioners for implementation in their respective divisions.
It was pointed out that some of the stenographers and other staff members transferred recently from the Karachi board office are involved and working with organised gangs.
The chief minister directed the CTD AIG to provide adequate security at all the examination centres and depute policemen in plain clothes where mafias and organised groups were involved in the facilitation of cheating.
Abbasi told the chief minister that the CTD has identified the mafia through Whatsapp and constituted three teams to arrest them.
No invigilator or student will be allowed to bring smart phones to the examination centre, said Shah, directing the exam board’s chairperson to provide a list of mobile phone numbers of the invigilators and other concerned officials engaged in the examination process and share the list with the CTD.
“If you cannot hold fair examinations, then it is better to promote the students to the next class without them,” Shah said, adding that he will start paying surprise visits to the exam centres.