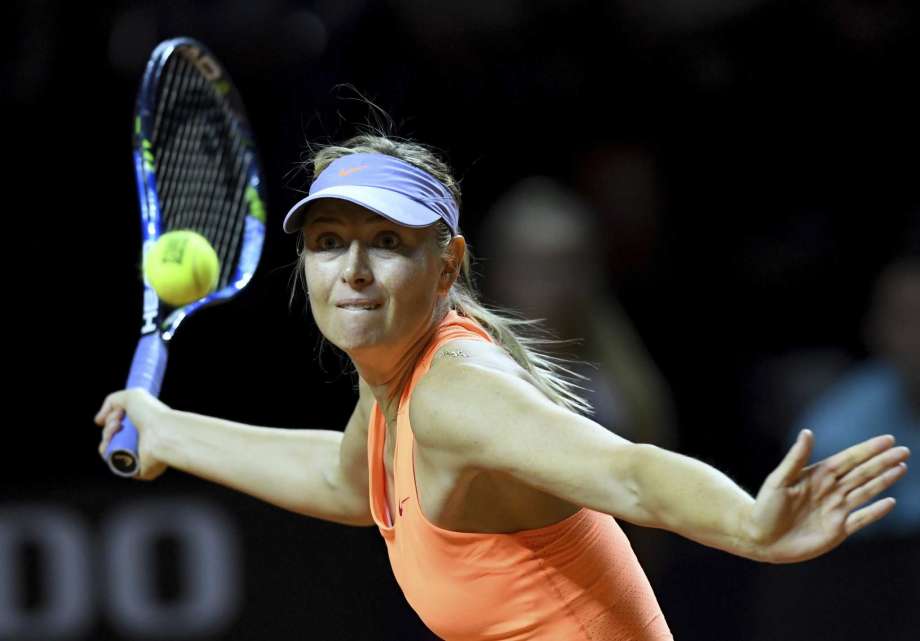 Sharapova to learn Wimbledon wild card fate on June 20: Maria Sharapova may have to wait until June 20 to see if she will be welcomed back to this year’s tournament at Wimbledon.

Sharapova, the 2004 champion at the All England Club, returned to the WTA Tour last week after serving a 15-month ban for doping and reached the semi-finals in Stuttgart, leaving her ranked No. 262.

Sharapova is set to play two more tournaments, in Madrid and Rome, before the deadline for direct entry to Wimbledon qualifying. Deep runs at those events could earn her enough points to make the main draw, while she will also find out on May 16 if she gets a wild card for the French Open.

Wimbledon chief executive Richard Lewis said on Wednesday there will be a meeting of the tournament’s tennis sub-committee on June 20, when it will be clear which players have been accepted into the main draw.

Andy Murray, the world’s top-ranked men’s player, said he expects Sharapova to be granted a wild card if she needs one.

“But I’m sure they are hoping they don’t have to make the decision,” Murray said on Tuesday at the launch of the Queen’s Club tournament, a warm-up event for Wimbledon.

“There’s a good chance that she can get in by right, which I’m sure is what she’s hoping for and that’s what Wimbledon would be hoping for.”

Lewis said qualifying at nearby Roehampton would be a ticketed event for the first time, and that action on one of the courts will be broadcast live. He said this was not linked to the possible appearance of Sharapova, but because of the upsurge in interest in qualifying matches.

The 70-year-old Romanian has been provisionally suspended by the International Tennis Federation following his comments about the skin color of the baby that Serena Williams is expecting and his foul-mouthed outbursts during a recent Fed Cup match between Romania and Britain.

“What he did, we have to say, his actions were not very good and we condemn them,” Brook said.

First-round losers will receive 35,000 pounds ($45,000), a 16.7 percent increase from 2016, as Wimbledon officials say they are placing a greater emphasis on helping lower-ranked players.