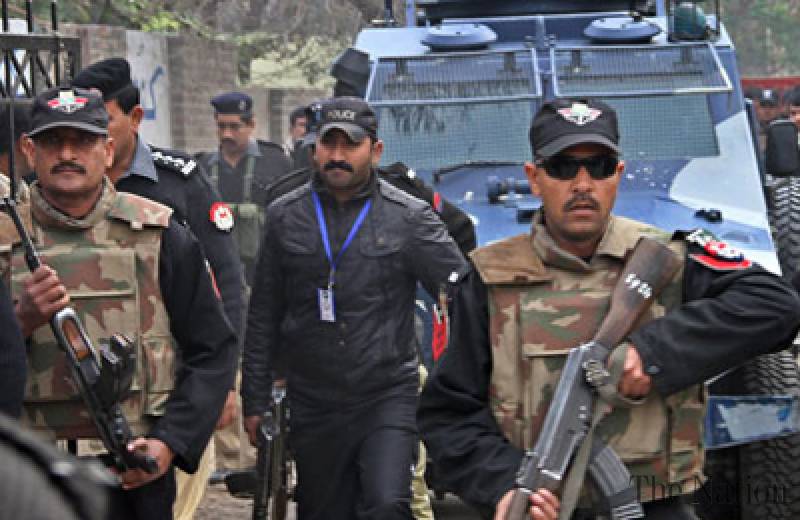 Four terrorists were killed in an encounter with police in Karachi late Monday, officials said.

The encounter came hours after killing of a traffic police official in a gun attack on Abul Hasan Isphani Road. The attack left another traffic cop wounded.

They were posted at the Gulzar-e-Hijri traffic section and performing their duty at the time of attack.

Police, acting on a tip-off, conducted a raid in Karachi’s Sachchal area, SSP Malir Rao Anwar said. The terrorists were holed up inside a building, who opened fire on the law enforcers.

The exchange of fire led to the killing of terrorists, who also included a banned outfit commander Mullah Akbar Swati.

“Swati had come with intent to carry out a major terror attack, and asked other miscreants to come over to the place,” SSP Anwar said.

He added that Sachchal police, together with intelligence personnel, conducted the raid after a phone call intercept.