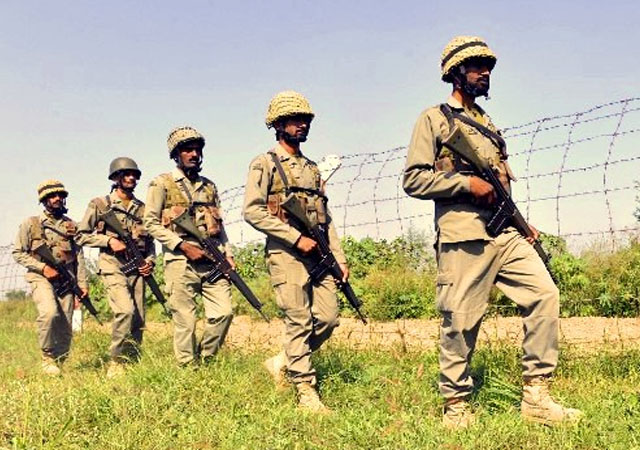 Two Pakistani women among 5 injured as India opens fire across LoC: At least five Pakistani civilians including two women were injured in unprovoked ceasefire violations by Indian troops along the Line of Control (LoC) on Saturday.

Indian forces targeted civilian settlements in Khui Ratta, Kerala, and the Khanjar sector in Bhimber district of AzadJammu and Kashmir around 7:00am today, the Inter-Services Public Relations (ISPR) reported.

Pakistani forces effectively responded to Indian aggression, hitting several check posts on the other side of the border.

Clashes between their forces in Kashmir largely stopped after a 2003 ceasefire but exchanges of fire have been more common over the past couple of years.