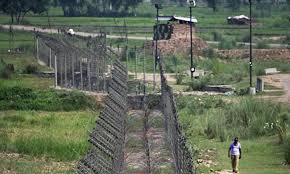 A man in the Phuklian sector embraced martyrdom due to unprovoked firing from Indian troops on Wednesday.

Mortars and automatic weapons were used by the Indian army to target innocent civilians.

The spokesperson of the Foreign Office Nafees Zakaria in a series of tweets condemned the unprovoked firing from the Indian side of the border.

An eight-year-old girl was martyred on September 2 after Indian forces resorted to unprovoked firing on civilian population across the LoC in Chirikot Sector.

Commander Rawalpindi Corps Lieutenant General Nadeem Raza reiterated on September 10 that the Pakistani troops are strongly resolved to respond aggressively and effectively to any Indian miscalculation or misadventure along the border.

After three civilians were martyred and two injured due to firing from the Indian forces in the Tatta Pani and Poona sector of the LoC on August 27, the Foreign Office summoned the Indian High Commissioner the next day to lodge a protest against the unprovoked ceasefire violations by Indian troops along the LoC.

The FO said that the deliberate targeting of civilians by Indian forces was unacceptable and India was violating human rights by committing such acts.

The Indian side was also urged to respect the 2003 Ceasefire Understanding, investigate this and other incidents of ceasefire violations and instruct the Indian forces to respect the ceasefire in letter and spirit and maintain peace on the LoC.