Will take every measure to maintain Karachi peace: Governor Sindh 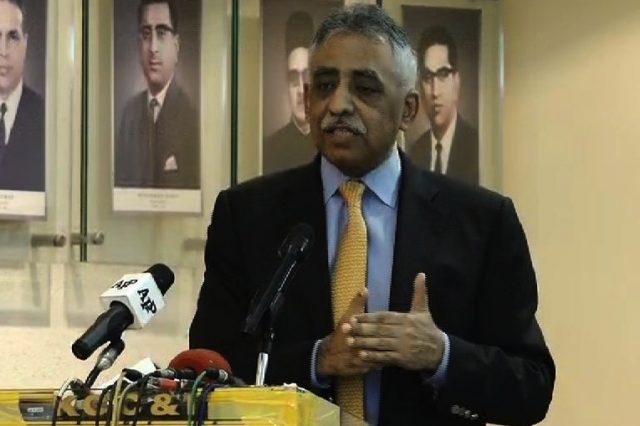 Will take every measure to maintain Karachi peace: Governor Sindh

Will take every measure to maintain Karachi peace: Governor Sindh: Sindh Governor Mohammad Zubair says government is taking all out measures to maintain peace and normal state of affairs in Karachi.

Talking to a delegation of traders led by Atiq Mir, Governor Zubair said measures are also underway to develop close coordination with the business community in the metropolis.

‘Improved law and order situation has already resulted in foreign investments in Karachi’, he said while referring to presence of numerous multinational companies (MNCs) here.

The Sindh governor also referred to growing literary, cultural, political and business activities in Karachi claiming that this is purely an achievement attributed to this government.

Chief of Citizen-Police Liaison Committee, Zubair Habib was also present on the occasion.