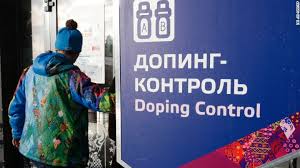 Seventeen national anti-doping organisations have demanded Russia is banned from the 2018 Winter Olympics.

Less than five months before the start of the Pyeongchang Games, the group said the International Olympic Committee’s (IOC) “refusal to hold Russia accountable for one of the biggest scandals in sports history… imperils clean athletes and the future of the Olympic movement”.

The Nados, which includes the UK and US anti-doping agencies, said the country must be punished “for proven corruption of the Sochi 2014 Games and continuing failure in its obligations to clean sport”.

They also warned they had “serious doubts” that Pyeongchang 2018,which takes place from 9-25 February, would be clean.

Last year, an independent report commissioned by the World Anti-Doping Agency (Wada) found evidence of state-sponsored doping in Russia, for which the IOC is yet to decide on sanctions.

Two commissions set up in December have still not concluded, with speculation that Russia could face a heavy fine and escape a ban.

IOC vice-president John Coates said his organisation was acting as quickly as possible, but needed to gather all of the evidence.

“We would love all of this to be concluded well in advance of Pyeongchang and still hope that’s the case,” he said.

He also rejected a suggestion it is preparing to let Russia off the hook with a fine.

“That’s not right. We want this wrapped up as soon as possible, we want to deal with what has happened in the past and make sure it doesn’t happen again,” Coates added.

As a result, Wada recommended all Russian athletes be banned from competing in the Rio 2016 Olympic Games.

But the IOC chose not to impose a blanket ban, instead leaving decisions on whether Russians could compete to individual sporting federations. In total, 271 Russians competed in Rio.

“The IOC needs to stop kicking the can down the road and immediately issue meaningful consequences,” the Nado leaders said following a two-day meeting in Denver.

“We have serious doubts that the 2018 Games will be clean due to the incomplete investigation of massive evidence of individual doping by Russians athletes at the 2014 Sochi Olympic Games and given the inadequate testing evidence of Russian athletes over the past four years.”

Earlier this week the New York Times revealed that of 96 cases among athletes implicated in the Russian doping programme, 95 have been closed due to a lack of hard evidence.

“Those appear to have been shut prematurely before the IOC or international federations have obtained complete evidence from the Moscow laboratory or interviewed the relevant witnesses” the Nado leaders said.

“The mishandling of this Russia doping crisis has left the athletes of the world wondering if global anti-doping regulations have teeth and whether their fundamental right to clean sport matters.”

They demanded that Russia accept McLaren’s findings, and grant full access to samples from the Moscow laboratory.