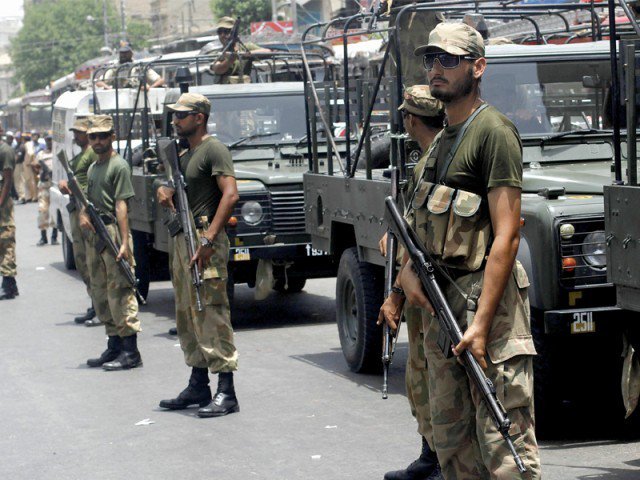 Punjab Apex Committee decided on Sunday to intensify and expand the scope of raids being carried out in the province as part of Operation Radd-ul-Fasaad. Extra check posts have been established on motorways M-1 and M-2 which are being jointly manned by police, soldiers of Pakistan Army and paratroopers.

Three Afghan nationals were taken into custody during security check of Sialkot-bound bus in Kabirwala.

Six suspects were rounded up from Lyton Road, 52 from Kasur, 19 from Chiniot and seven from Jhelum on the charges of keeping illegal weapons and stealing wireless frequency.

Police also recovered huge cache of explosives and firearms during these raids.

A meeting chaired by Punjab Chief Minister Shahbaz Sharif on Sunday had agreed to tighten security along Punjab’s border and conduct operations in adjoining areas to completely eliminate masterminds of terror activities from the province.

“The committee resolved to take indiscriminate action against terrorists and their facilitators, root out terrorist networks and eliminate the mindset of militancy, extremism, and fundamentalism from Punjab with full force,” said an official.