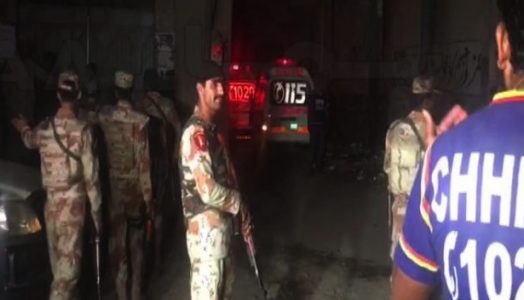 At least one was killed and seven others injured when a battle took place between two groups of gang war on Sunday in Karachi’s Pak Colony area.

The injured were shifted to hospital and are said to be in critical condition.

Heavy contingent of Rangers and police reached the scene and cordoned off the area.