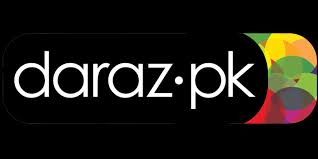 In 2017, the Pakistani government and Alibaba had signed a memorandum of understanding (MoU) to raise the country’s exports by Small and Medium Enterprises (SMEs) worldwide via e-commerce.

Daraz, founded in Pakistan in 2012, operates online marketplaces in Pakistan, Bangladesh, Myanmar, Sri Lanka and Nepal. The unit will continue to operate under the same brand following the sale to Alibaba, Rocket said.

Alibaba, overwhelming majority of revenue comes from its online trading platforms, which continued to attract new customers in China where trends and shopping preferences can shift quickly.

Alibaba has added 98 million active consumers over the year ended March 31 2018, to a total of 552 million using its e-commerce marketplaces.

Chinese e-commerce giant has announced a massive 47% leap in their net profit for the fiscal year 2017/2018, due to a rise in smartphone and tablet transactions on its shopping platform.

Overall revenue climbed 58% year-on-year to 250.27 billion yuan, with revenue from cloud computing up 101% and digital media and entertainment up 33%.

CEO Daniel Zhang said in a statement that Alibaba Group had an excellent quarter and fiscal year, driven by robust growth in our core commerce business and investments we have made over the past several years in longer-term growth initiatives.

Looking ahead to fiscal 2019, Alibaba expect overall revenue growth above 60%, reflecting theconfidence in their core business as well as positive momentum in new businesses.

Alibaba, which has made billionaire founder Jack Ma one of China´s richest men and a global e-commerce icon, has been on a roll, regularly beating revenue estimates.

Alibaba plans to develop close links with traditional bricks-and-mortar retailers, notably the “Hema supermarket chain”, and investments in distribution chains in a “new retail” strategy for example US with online giant Amazon.

During the past year Alibaba has doubled down on technology development, cloud computing, logistics, digital entertainment and local services so that we are in a position to capture consumption growth in China and other emerging markets.