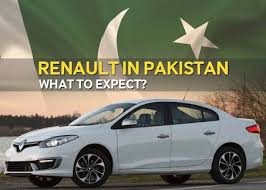 France’s Renault Establishes Car Plant In Pakistan: The French company Renault is considered to be among the more prominent of the new entrants in Pakistan’s auto industry. Chief of Group Renault has stated that the company will get 54 acres of land in Faisalabad in a few days where a car assembling plant with a planned investment of US $140 million will be established.

The land is cheaper in Faisalabad with all the facilities readily available for the industrialists. Bin Qasim Industrial Park is located on Main National Highway under National Industrial Parks Development & Management Company (NIP). The NIP was established as a special initiative of the Ministry of Production.

Renault Group & Al-Futtaim For Assembling of Renault Cars In Pakistan

Groupe Renault and Al-Futtaim last November had announced that they signed definitive agreements for the exclusive assembly and distribution of Renault vehicles in Pakistan.

According to the deal and Agreement,

As per the initial agreement, the parties expected that the plant will be built starting the first quarter of 2018 in Karachi as per Groupe Renault standards and car sales are planned to start in 2019 coming up in the market in 2020.

Pakistan’s auto industry has seen several developments ever since the government announced the auto policy in March 2016.

Kia, Hyundai, Renault, Volkswagen, United Motors and Sazgar have announced their intention to set up assembly plants in the country, while existing players have promised to ramp up production capacities.

Recently to follow the global shift towards environment-friendly electric/clean energy cars, the Government of Pakistan has introduced tax cuts upto 25% and facilitation to the import of Hybrid vehicles and their parts in the 2018-19 budget.