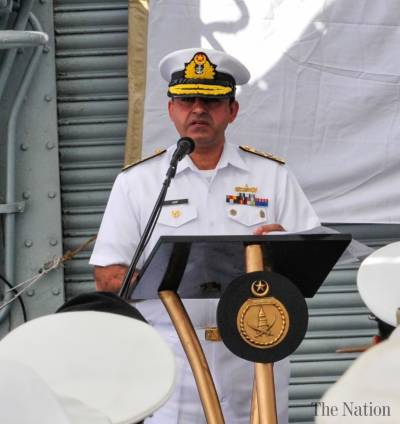 Before taking over the command as Karachi Commander, the Admiral was serving at Naval Headquarters as Deputy Chief of Naval Staff (Admin).

During the change of command ceremony, the Admiral was presented Guard of Honor and was introduced to the commanding officers of units under COMKAR Command.

The ceremony was attended by a large number of Pakistan Navy officers, CPOs/sailors and Navy civilians.

PNS BAHADUR, the largest establishment in the Pakistan Navy, primary role is to conduct basic, mid- career and advanced professional courses for all trades of operations branch and associated branches. All efforts are made to accommodate related requirements of Allied Navies and even sister services.