Awaiting Ali Jehangir Got Approval From US: HumSub.TV

May 11, 2018 Awaiting Ali Jehangir Got Approval From US 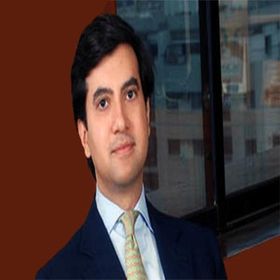 Awaiting Ali Jehangir Got Approval From US

Awaiting Ali Jehangir Got Approval From US: The State Department of United States has formally submitted the agreement paving the way for the appointment of Ali Jahangir Siddiqui who was nominated by the Prime Minister in March 2018.

Ali Jehangir Siddiqui can officially be now regarded as ambassador-designate after the official approval from the State Department. He is expected to present his credentials to the White House after his arrival. However, he might be facing serious challenges since the US would impose travel restrictions on Pakistani diplomats working at the embassy and other consulates in two days.

Confirming the news Ambassador Aizaz Chaudhry said that the embassy has received the agreement for the new appointed envoy so instead of stretching his mandatory six week stay he has decided to wind up his engagements in the US to three weeks. “I will be leaving the post from May 29,” Aizaz Chaudhry said.

Meanwhile, embassy sources have also confirmed that the State Department appears likely to impose travel restrictions on Pakistani diplomats in the US from May 11.

The ban was earlier expected from May 1st but both sides were in talks to resolve the issue. As the efforts failed, Pakistani diplomats will not be able to move freely. Under the ban, Pakistanis staffers will have to seek prior permission from US authorities if they have to travel beyond the imposed 25 miles radius.

The Pakistani diplomats across the US will be facing travel restriction starting Friday, while it’s top envoy has announced to leave the ambassadorial post in 3 weeks.

Ali Jamil Siddiqui holds a BA in Economics from Cornell University, US in 1998. He started his own technology business with the help of an older cousin at the age of 15. In a collaborative effort with seven other companies, he opened in 2012, the Karachi School of Business and Leadership affiliated with Cambridge University. He was honored by the World Economic Forum (WEF) as a Young Global Leader in 2014. Siddiqui, whose name has also appeared in the Panama Papers in 2016 is a football fan with a love for Chinese food.