NAB’s Claim of Nawaz Sharif Laundering $5b To India Is Denied: HumSub.TV 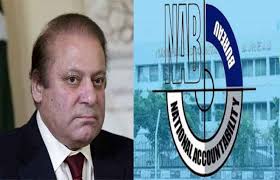 NAB’s Claim of Nawaz Sharif Laundering $5b To India Is Denied: The reported investigation by National Accountability Bureau (NAB) into alleged money laundering of $4.9 billion (Dh17.99 billion) from Pakistan to India has been strongly denied by PML-N Prime Minister Shahid Khaqan Abbasi.

PM Abbasi has asked the House to constitute a body to ascertain, from NAB chairman, the authenticity of the reports about the probe.

Chairman of the NAB, Retd. Justice Javed Iqbal, ordered a complaint verification against former Prime Minister Nawaz Sharif and others for allegedly laundering $4.9 billion from Pakistan to India quoting a World Bank document.

The NAB said it launched the probe after a Sept 2016 World Bank migration and remittance report said foreign exchange reserves of India had increased by $4.9 billion due to huge cash inflows attributed to “money laundering, inflicting losses to Pakistan’s national kitty.”

The World Bank issued a statement this week saying the media reports claiming that ousted premier Sharif had laundered $4.9 billion to India were “incorrect.”

Dismissing the reports, the Washington-based multilateral agency claimed that World Bank’s The Remittances and Migration Report of 2016 “does not include any mention of money laundering nor does it name any individuals”.

The country will not function if institutions work in this way, the PM stated, pointing out that the National Assembly still had time to amend the NAB laws.

However, a leader of the opposition Pakistan Tehreek-e-Insaf party, Asad Umar, opposed the suggestion of constituting a committee on the issue, saying that interfering into the affairs of NAB would be “equivalent to the murder of justice and accountability” in the country.

The Supreme Court has extended the deadline for concluding corruption cases against Nawaz Sharif and his family until June 9th 2018.

Nawaz and his family are facing 3 corruption cases in the accountability court after NAB filed references against them following the Supreme Court’s verdict in the Panama Papers case last year which led to disqualification of Nawaz Sharif.

The announcement of NAB investigation against Nawaz Sharif was strongly criticized by PM Shahid Khaqan Abbasi.