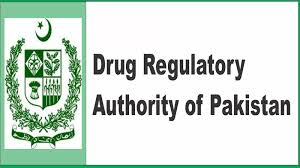 Barcoding of Drugs Revised By DRAP

Barcoding of Drugs Revised By DRAP: Several multinational companies namely, GSK, Aventis Novonordisk, Novartis, and Cheise have met the barcode requirement ahead of the stipulated deadline while the Pakistan Pharmaceutical Manufacturers Association (PPMA) has sought more time for implementation of 2D Data Matrix Barcode on packaging of drugs and Abbott has only partially implemented 2D Data Matrix barcode on their medicine and drug products.

This development comes in the wake of a Supreme Court (SC) order directing pharmaceutical companies to implement and enforce barcode on pharmaceutical products within a period of three months.

The order was issued on February 28th, 2018. In this regard, the Drug Regulatory Authority of Pakistan (DRAP) organized a meeting with pharmaceutical manufacturers and importers associations to review the implementation status of the packaging requirement for drugs.

More than 700 letters were issued to licensed manufacturers of drugs to implement the 2D Data Matrix Barcode on packaging of drugs. They were urged to provide the implementation status of their members so as to compile a comprehensive report for submission to the Supreme Court.

Following the orders of the Supreme Court, the Punjab Healthcare Commission (PHC) closed down 151 more fake treatment centers. A PHC spokesperson said the action was carried out in different areas of 12 districts, i.e. Lahore, Faisalabad, Muzaffargarh, Jhang, Jhelum, Khanewal, Mianwali, Chakwal, Okara, Rajanpur and Sargodha. The PHC teams inspected 345 treatment centers, and closed down 151 businesses which were being run by quacks.

Stay safe folks while using medicines. Make sure they have a proper barcode and are not expired.