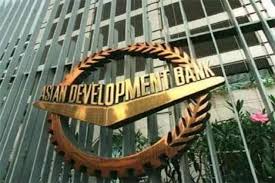 ADB’s Private Sector Operations Department To Encourage Public-Private Partnerships (PPPs) In Pakistan: Recently Asian Development bank (ADB) has planned to open its desk soon under private sector operations department at the bank’s Islamabad mission to push for more public-private partnerships (PPPs) in a country with risk perceptions among the investors.

Pakistan has well-structured model especially in its power infrastructure importantly the government has to push it for the investors break the country’s risk perception.

When the present government came to power in 2013, it had made a one-time payment of Rs.480 billion to settle the circular debt that causes financial constraints throughout the energy sector’s chain, involving fuel suppliers, power producers and distributors.

The bank through PPPs is looking to strengthen the country’s energy sector infrastructure specially the transmission and distribution networks.

Last year, ADB loaned $100 million to improve and strengthen the standards in the development and delivery of PPP projects to increase investment in infrastructure and services in Sindh.

Barrow, ADB representative in the country’s first private sector power project – Hubco, said the ADB’s partnership with private investors, mainly local and international banks, will help Pakistan attract new lenders who at the moment are a bit reluctant in giving funds to the country.

“The government has to come up with some solutions for the circular debt issue (estimated at Rs. 541 million), delay in projects implementation and frequent regulatory changes,” Barrow added.

The ADB has approved debt financing and risk guarantees through private financing for a number of agri, infrastructure and power sectors projects in Pakistan in recent years.