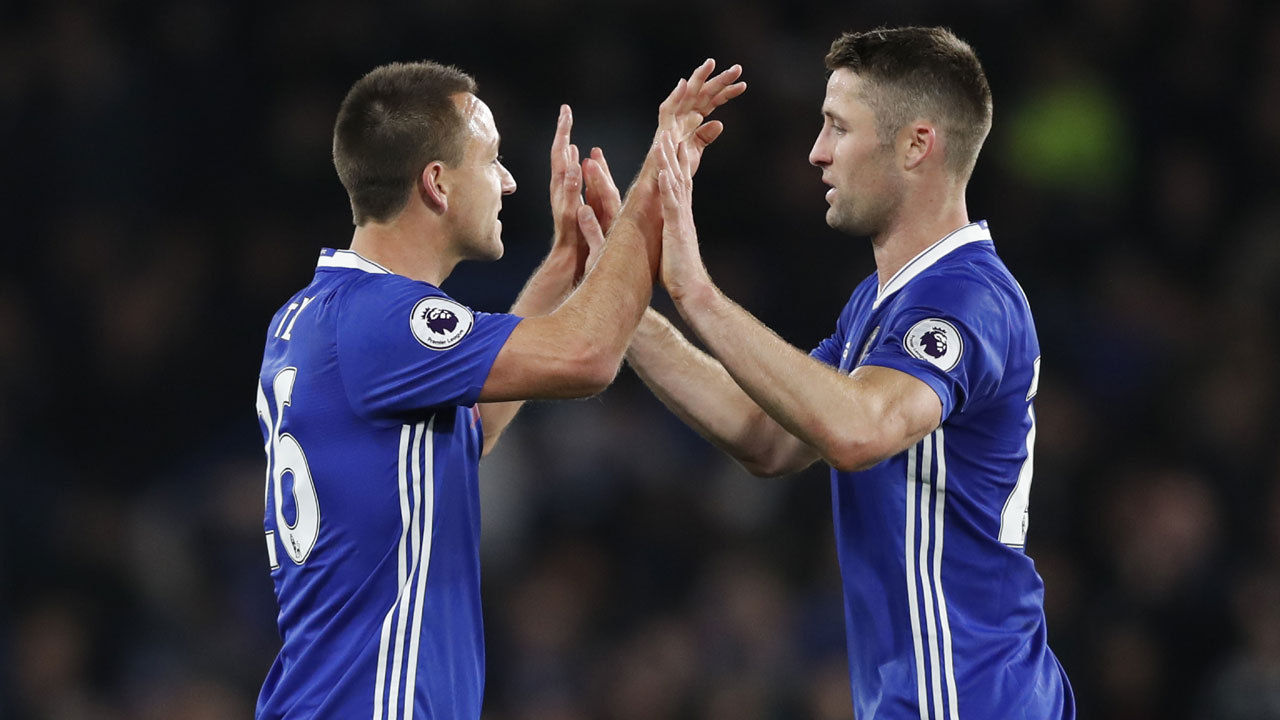 Cahill eager to get Chelsea Premier League title party started: Defender Gary Cahill admits there was a party atmosphere at Chelsea this week with the Premier League leaders 90 minutes away from clinching a second title in three years.

A “buzzing” Chelsea head to The Hawthorns to face West Bromwich Albion on Friday knowing victory will deliver the championship in coach Antonio Conte’s first season in charge.

The fiercely demanding Italian has revived the fortunes of a side that ended last season 10th and is expected to be rewarded with an improved contract and assurances about the club’s spending plans during the coming transfer window.

But the immediate priority is to deliver the Premier League trophy and Tottenham Hotspur’s defeat at West Ham United last week together with Chelsea’s defeat of Middlesbrough on Monday significantly eased the pressure during the run-in.

Should Conte’s side beat a West Brom team with little to play for they will become champions with two games to go.

“It’s one more to go, we have two home games and one away so we’re in a very good position now,” England centre-back Cahill told the club website.

“If anything, we should be enjoying it. After the Tottenham result, naturally spirits were high in training and everybody was buzzing.

“Everyone went out and enjoyed themselves and there was a little bit of pressure off, although that can sometimes be bad when you relax and don’t do the right things.”

Cahill, 31, insisted that there was no complacency: “It’s going to be a tough game at West Brom, it always is.

“It’s never comfortable and we need to be aware of that, but we’re looking forward to getting the job done.”

Jose Mourinho was in charge two years ago and Cahill, whose form has improved markedly under Conte, says the experience of becoming champions then has helped.

“It was probably more comfortable last time but the run-in is always the same, there is always a stage in the season when it’s going to be tight, when teams are putting pressure on and you have to win.

“That’s helped us this time, having the experience of that. We’re in a great position now and if we were to throw it away we’d be devastated.”

West Brom will take on the champions-elect with their spirits boosted by a 2-2 draw at Burnley which ended their four-match losing run and saw Salomon Rondon end his 19-game goal drought.

Attentions at The Hawthorns are already turning to next season, with coach Tony Pulis close to agreeing a deal to sign out-of-contract defender Charlie Taylor from Leeds United.

They have three games remaining including a trip to Manchester City on Tuesday as they chase the five points they need to reach their target of 50 and comfortable mid-table safety.

“We’ve got some tough games coming up,” said defender Craig Dawson. “But they’re the games everybody wants to play in, they’re exciting games.”