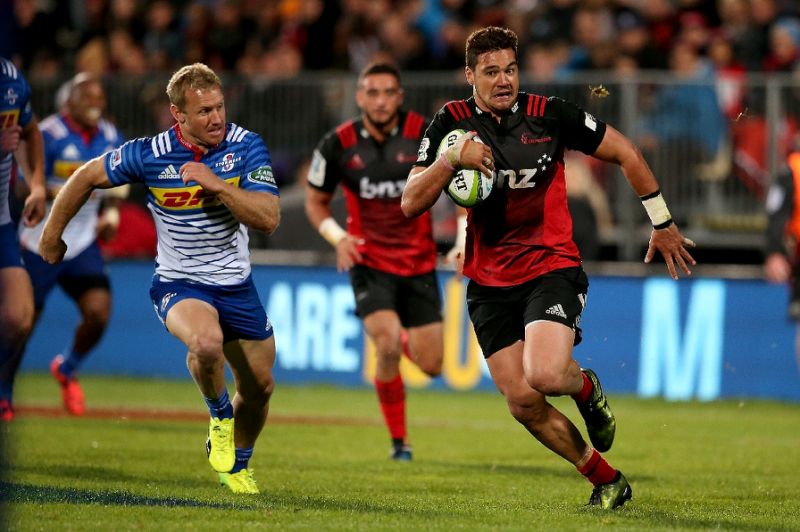 In the fiercely-contested New Zealand conference, the Hurricanes and Waikato Chiefs, who the Crusaders play the following week, have only lost one game and are within striking distance of the top spot and its reward of home-ground advantage in the play-offs.

Keeping a close eye on the torrid New Zealand derbies are South African front-runners Golden Lions, who have also lost only one game and as long as they don’t falter are poised to take the overall lead should the New Zealand trio cancel each other out.

Under the wieldy Super Rugby set-up — due to be changed next year — the Lions do not play any New Zealand sides during the normal season.

“I suppose the next two weeks, the local derbies against the Chiefs and the Hurricanes, is the real test,” Crusaders assistant coach and former All Blacks fullback Leon MacDonald said.

“Once we get through the next two weeks we will know really where we are at, and things will be a little bit more real.”

The Crusaders have won 10 out of 10 in the best winning streak by any team in a season since MacDonald was playing when they went through 2002 undefeated.

But to preserve that record, they will have to pay particular attention to the skills of Barrett who has consistently boosted the Hurricanes this year with his deft kicking skills.

“The fact he has got a short one, and a long one, it makes it difficult to cover. He is a special player and we all know that. It is just one of the challenges of playing the Hurricanes,” MacDonald said.

“The real strength, especially, of Beaudie’s play is his ability to read the play on the go. It doesn’t need to be pre-called. He will see space and attack it.”

While the Chiefs have a bye this weekend, and a chance to freshen up before they play the Crusaders in Suva next week, the Lions are in Canberra to face top Australian side ACT Brumbies.

After racking up bonus-point wins over the Western Force and Melbourne Rebels, the Lions know they are in for a much tougher battle against the Brumbies in the final match of their swing through Australia.

“They’ll test us physically, that’s for sure. I like to think of them as a Bulls-like team, big and strong, and always looking to disrupt their opponents’ rhythm,” coach Johan Ackermann said.

Although the form book backs the Lions, Brumbies coach Stephen Larkham has warned his side should not be underestimated as they look to turn around what has been a sorry year for Australian rugby.

Australian teams have won just three of 27 games against international sides so far this season, have not beaten any New Zealand teams, and the Brumbies lead their conference with only three wins from nine games.

“Three wins is not good enough for us. We’ve lost our last three but we’ve had good focus this week. We just want to win the game in front of us and not worry about the ladder,” Larkham said.

Should the Lions lose they will still be the premier South African side with their nearest rivals, the Coastal Sharks, 10 points behind.

The Sharks this week play the struggling Southern Kings.