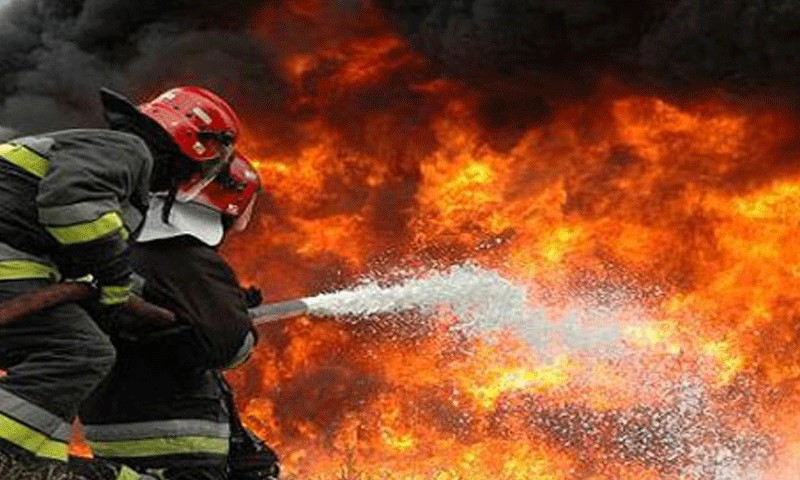 Rescue teams have reached the scene while 10 fire engines are taking part in firefighting operation.

Fire has affected a private bank’s building in vicinity and has been evacuated.