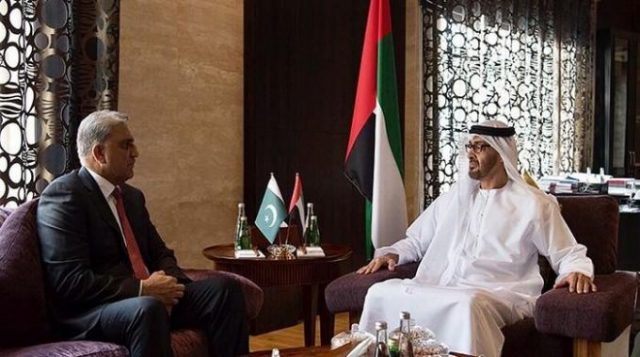 According to a press statement, Deputy Rule of Dubai His Highness Shaikh Makhtoum bin Mohammed bin Rashid Al Makhtoum was also present in the meeting.

The statement read that bilateral discussion was held on boosting relations and cooperation between both the nations along with military issues.