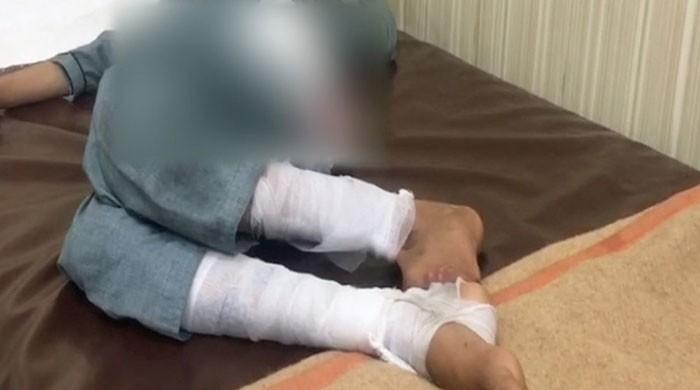 A 15-year-old boy suffered horrific burns by a female extortionist on Monday in Gujranwala while carrying out the procedure of disenchantment.

The fake extortionist, Yasmeen, made the mentally challenged boy, Nasir, lie on smoldering coal to free him from possession by an evil spirit which, in turn, scorched his entire body.

Nasir was shifted to District Headquarter Hospital where he is receiving medical treatment.

Police reached the scene immediately after receiving information and arrested the fake extortionist on the complaint lodged by boy’s father, Waris.