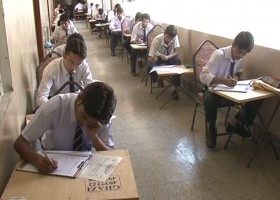 Exam papers leaked through Indian mobile numbers, claims Sindh education minister: Sindh Education Minister Jam Mehtab Dahar has on Saturday claimed that Indian cellular phone numbers are involved in leaking the intermediate exam papers through WhatsApp groups.
As per details, Jam Mehtab Dahar has told that investigative institutions have started their inquiries regarding this matter. The education minister further said that the services of Federal Investigation Agency (FIA) and Sindh police’s Counter-Terrorism Department (CTD) have also been taken to investigate this case.
According to sources, people use Indian SIMs in Mithi and Tharparkar which are the areas of interior Sindh, and these mobile numbers most likely belong to those areas. However, the facts will only be revealed after the investigations.