Fawad Khan’s wife opens up on being a ‘star wife’ 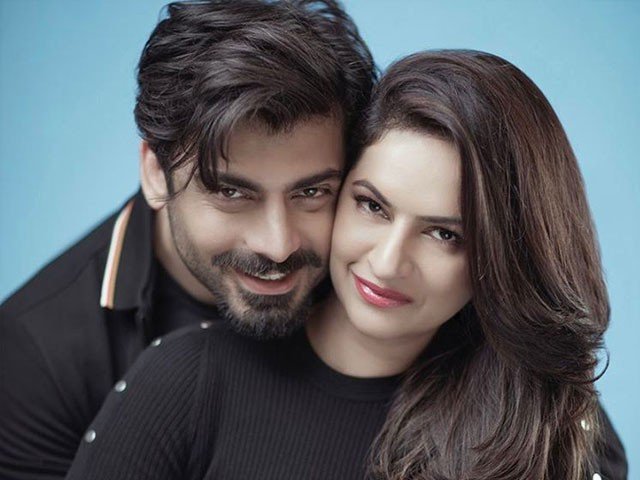 Fawad Khan’s wife opens up on being a ‘star wife’

Fawad Khan’s wife opens up on being a ‘star wife’: Recently, Fawad Khan and his beautiful wife Sadaf Khan broke the internet with their sizzling photoshoot.
The couple graced the cover for Masala! magazine in a beautiful photoshoot, opening up about their personal life, together.
Captured by Abdullah Harris, the black and white images of the couple showcased the perfect chemistry between the two.
While Fawad doesn’t shy away from professing his unconditional love for his wife, in an recent interview with Masala!, Sadaf, too opened up about being a star’s wife.
Being a designer herself, the brand which she launched in 2012, Sadaf reminisces how hard it was for her to come into the fashion world and how Fawad could help her in promoting the brand. She even candidly admits to her dislike of the term ‘star wife’.
“I don’t believe in the term ‘star wife’. I am an educated person who has a mind of her own. Sometimes I do feel it’s overwhelming being associated to Fawad because people generally tend to discredit your potential saying, ‘Oh you can do anything because of him.’ You can do a one-time venture that way but unless you have the talent backing it, you can’t make a success of it,” she says.
Fawad, on the other hand, credits his loving wife for the success of the brand. “I think you need to be the way you are without bothering about what people think is fashionable or not.”
The couple also talked about their two kids. Fawad and Sadaf recently became parents to a baby girl Elayna. “It’s the most amazing and emotional feeling,” says Fawad. “Since this was the second time after Ayaan (his elder son), I was more prepared.”
On the work front, Fawad will next be seen in Bilal Lashari’s Maula Jatt 2 alongside Mahira Khan.