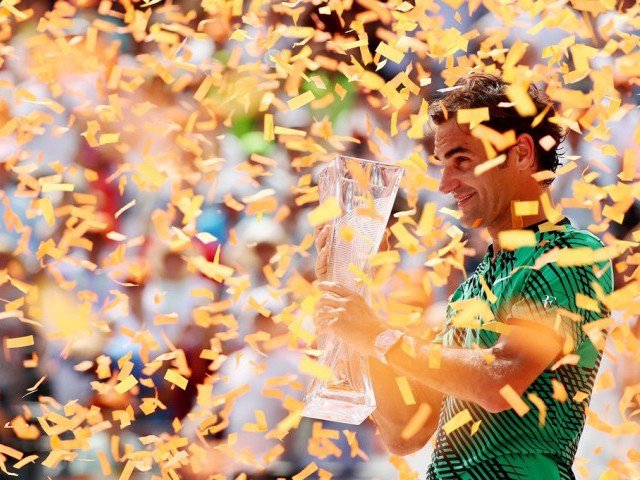 Federer says no to clay before French Open: HumSub.TV: Roger Federer, fresh from winning his third title of the year in Miami, said Sunday he will take a nearly two-month break from the sport before returning for the French Open in late May.
Federer has won the Australian Open, Indian Wells and Miami since coming back from a six-month injury lay-off and he said he’ll skip some clay court tournaments, including Masters series events in Monte Carlo, Madrid and Rome.

“I’m not 24 anymore so things have changed in a big way and I probably won’t play any clay court event except the French. That is what it is going to look like, I need rest, my body needs healing, I need time as well to prepare, you will probably see me at the French again,” he told ESPN in an on-court interview

“I want to stay healthy and enjoy myself. Because when I am healthy and feeling good, I can produce tennis like this, when I am not feeling this good there is no chance I will be in the finals competing with Rafa. That is why this break coming now in the clay court season and focusing everything now on the French, the grass and then the hard courts after that is going to be the key for me,” he added.
Federer beat Nadal in straight sets in the Miami final on Sunday, his fourth straight win against his long-term rival.

The 18-times Grand Slam winner now appears to be mainly focused on the grass season and adding to his seven titles at Wimbledon and he downplayed expectations for the French Open, which he has won just once.

“I will probably stay on hard courts … and get on the clay two weeks before the French, that’s the plan for now and hopefully I will play the French and we will see how the build-up is going to go and for me that’s essentially when the season really starts,” he said.

He contined: “Wimbledon has to be the biggest goal now, in the near future, the American hard courts I guess as well. The French Open I guess, to some extent, we will see what happens, no pressure there really. But all of the grass is important to me. For me basically the second half of the season is the big priority which is why I am taking this break now.”

“Part of the situation was that my knee was really strange on the clay last year, so maybe being away from the clay as much as possible is maybe is a good thing as well, even though I don’t think it was because of the clay as such. But my physio, my fitness guy, thought that could be also a good thing not to be to be too much on clay. I feel very comfortable, very confident it is the right decision.”

Spending time with his young family is also a consideration said Federer, as well as the need to keep him motivated.

“At the end of the day I need to look after my health and all parts of my life. I can’t keep this pace up every single day or the desire will run out. I’d rather take a step back and then really come back with a lot of energy and happiness and I can share that with everybody. Otherwise you will just see me and see that all I want to do is just get out of here and I don’t want to be that guy, I really don’t.”