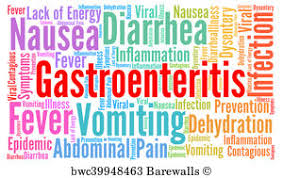 Gastro Patients in Ramazan: During the holy month of Ramazan, over 2500 patients with gastroenteritis got admitted in PIMS Pakistan Institute of Medical Sciences Islamabad. Gastroenteritis, the water and food-borne infections is on the rise these days.

Because of carelessness in eating either at the time of “Sehr” or “Iftar”, said Deputy Director at PIMS Dr. Waseem Ahmed Khawaja, added the PIMS received a total of well over, 3,000 patients with gastro since the first of Ramazan this year however nearly 500 of the patients were children below the age of 12 years.

As many as 500 to 700 patients with gastro were reaching PIMS daily of which 20% were found to be suffering from severe dehydration and they needed admission to the hospital.

Gastroenteritis is water and food borne bacterial infections whose main symptoms include vomiting, fever, severe diarrhoea with dehydration and lowering of blood pressure.

Individuals must avoid loss of fluids and electrolytes particularly when having complaints of diarrhoea and vomiting and in case of developing symptoms of gastro, a patient should break open the fast to avoid complications.

People who fast regularly should avoid eating unhygienic food from vendors during Ramazan and should use boiled water for drinking to avoid water and food-borne infections.

A patient of gastro with severe complications should not fast as it may cause ulcers in large intestine. After recovery, the patient should take at least three to five litres of safe drinking water from ‘Iftar’ to ‘Sehr’ while opting for fasting.