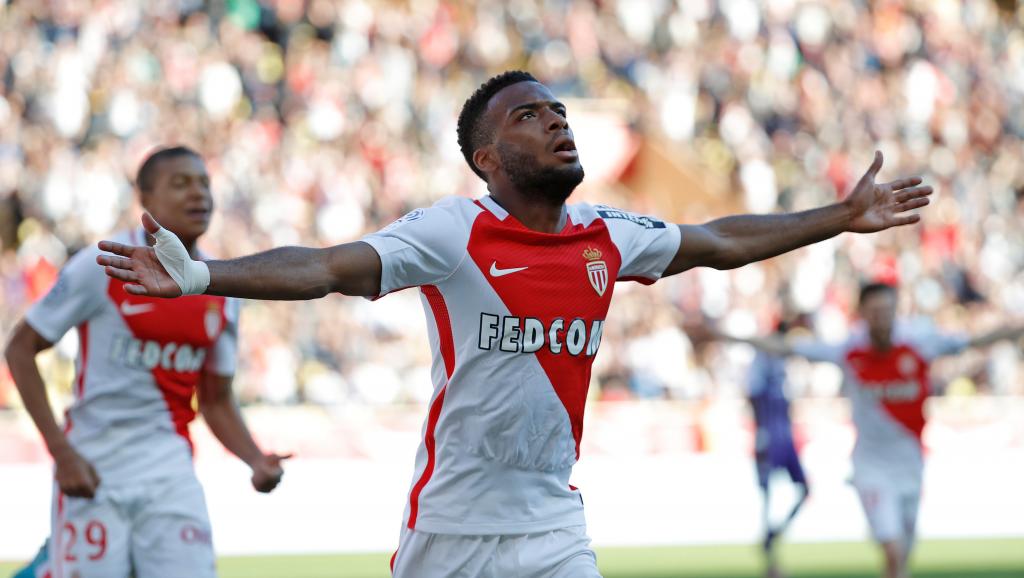 Monaco enjoy a three point lead, have a massive goal difference advantage of 19 and even hold a game in hand as they host 11th placed Lille, with the Parisians facing a tough trip to Saint Etienne’s raucous stadium.

A Monaco victory would all but mathematically secure the title, while PSG must at least match their result to keep alive any semblance of suspense.

Russian billionaire Dmitry Rybolovlev bought Monaco in 2011 when they were bottom of Ligue 2, yet after major investment and spectacular progress they came soaring back to finish second in Ligue 1 in 2013/14.

Two third placed finishes followed that but last season they ended a massive 31 points behind PSG.

Leonardo Jardim’s swashbuckling outfit has scored 98 league goals so far whilst they also led the French charge in Europe.

“The league title has always been our main target this season and there’s just a game or two to wait now and we’ll see it through seriously and professionally,” said Monaco’s 18-year-old break out striker Kylian Mbappe after a brave Champions League campaign ended in a semi-final defeat to Juventus in midweek.

“Nothing is done, it’s not finished. We need to maintain this attitude in our last three matches,” Jardim said calmly after a 3-0 win at Nancy last weekend.

After Lille, Monaco have a midweek catch up match at home to Saint Etienne ahead of the final day’s games next Sunday.

PSG have won the last four French titles but with continued substantial investment from their own wealthy Qatari owners, this season is set to go down as a humiliating failure — speculation is rife that coach Unai Emery could pay the price.

“We still have the opportunity to catch Monaco. It is difficult but as long as the possibility is there we will keep going,” Emery said this week.

PSG can be trusted to fight to the bitter end having regalvanized since their dramatic Champions League meltdown at Barcelona, winning 10 out of 11 games in league and cups.

Mario Balotelli-led Nice, early season pace-setters now ravaged by injury, are guaranteed at least third place and travel to Angers with almost nothing at stake.

And while last season’s runners up Lyon are almost assured of fourth and Europa League football next season, Marseille travel to Bordeaux in a crunch clash for the the second Europa League qualifying place — Marseille currently lead Bordeaux by a point.

There is a desperate six way scrap to avoid the drop — although Montpellier need only a point to assure safety — where even bottom side Bastia can still dream of redemption.

That game is to be played at a neutral venue as punishment for Bastia fans assaulting Lyon players on the pitch three weeks ago.

There is another crucial relegation battle as second bottom Nancy visit third bottom Dijon with just a point separating the two.

The bottom two will be automatically relegated while the third bottom side will play a Ligue 2 outfit in a promotion/relegation play-off.