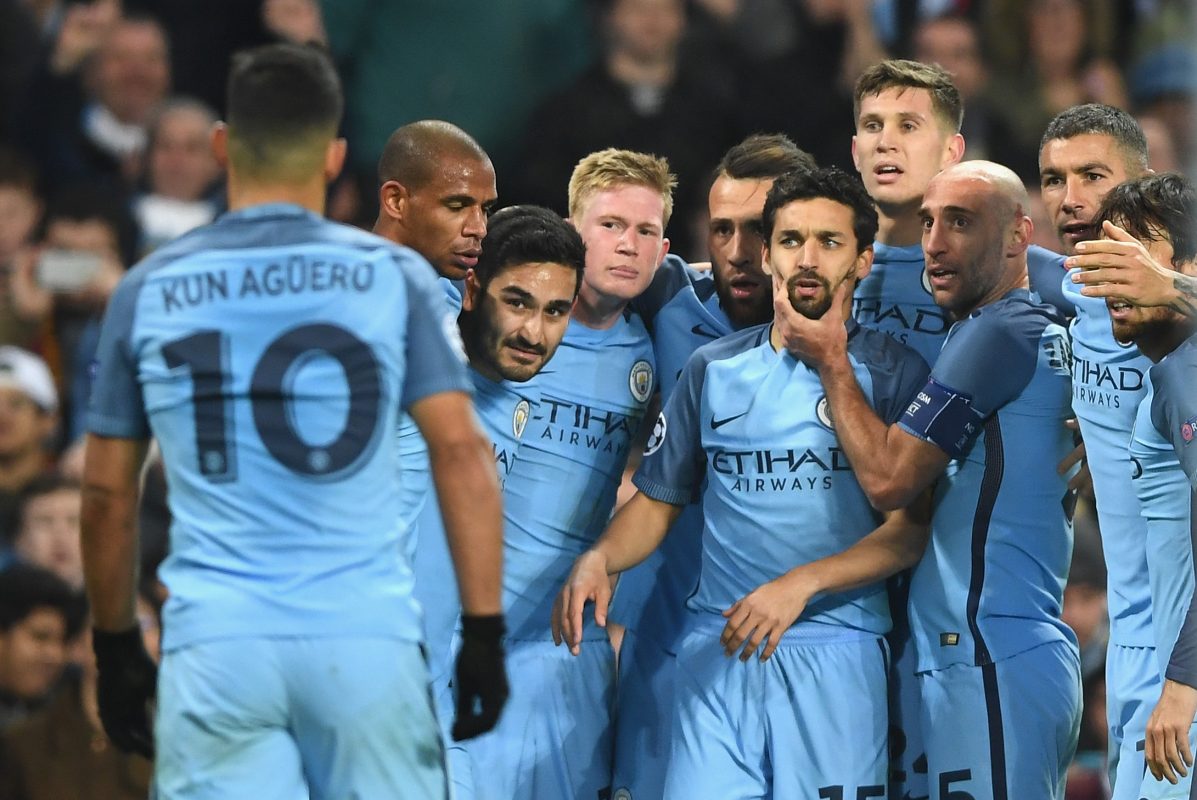 Silva, back from a fortnight out with a knee injury, was superb as City beat an inept Crystal Palace 5-0, for only their third win in nine Premier League matches.

That victory has left Pep Guardiola’s side fourth going into Saturday’s home match against Leicester City, with a three-point lead over fifth-placed Arsenal and only the top four at the end of the season qualifying for the Champions League.

Sergio Aguero is making progress in his recovery from a groin injury, although it may be too soon for him to make a comeback. In any case, City’s front three of Raheem Sterling, Gabriel Jesus and Leroy Sane were in fine form without him last Saturday, aided by the creativity of Silva and Kevin De Bruyne.

Seven points from their final three matches will guarantee City’s place in next season’s Champions League, a target they would be more than hopeful of achieving given that the Leicester game is followed by matches against West Bromwich Albion and Watford, both out of form.

Then again, reigning English champions Leicester were struggling when City visited the King Power Stadium in December, yet Jamie Vardy was still able to score a hat-trick in a 4-2 home victory.

Guardiola’s side do look a little more settled now, though, with Vincent Kompany’s return to fitness giving the defence a much more solid look. Kompany, troubled by a series of injury problems over the last three years, has completed 90 minutes in each of City’s last five matches, suggesting that his troubles may finally be behind him.

City manager Guardiola is without first-choice goalkeeper Claudio Bravo, out for the rest of the season with a calf injury, but his absence hasn’t hurt his team’s prospects unduly, given the Chile international’s erratic displays.

Willy Caballero’s fine save from Christian Benteke in the first half against Palace showed he is a more than able deputy, and he will continue for the season’s final three games.

Caballero had a run of Premier League matches for City between January and early April when Bravo was dropped, and remained philosophical when the former Barcelona goalkeeper was then recalled.

“I tried to be focused when Claudio started to play again and I trained well,” said Caballero. “I kept my professionalism.

“Unfortunately he probably can’t play until next season but I trained really hard for this opportunity.”

Leicester have assured their safety in the Premier League with 22 points gained in 10 domestic games since Craig Shakespeare took charge following the surprise sacking of title-winning manager Claudio Ranieri.

But the current Foxes boss will have to complete his audition for a longer-term contract without midfielder Danny Drinkwater, who has been ruled out for the rest of the season.

Shakespeare could also face a crisis in central defence, where Robert Huth is a major doubt with a foot injury and captain Wes Morgan’s hamstring problem will rule him out again.

“Drinkwater has a thigh strain and I don’t expect him to play again this season,” said Shakespeare.

“We need to give him time to get over it but it’s weeks rather than months.”