May 14, 2018 India Responsible For Mumbai Attacks Not Pakistan 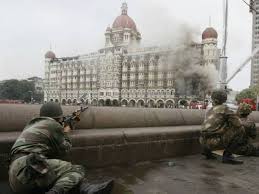 India Responsible For Mumbai Attacks Not Pakistan: Former interior minister and PPP Senator Rehman Malik has said that India is responsible for the Mumbai attacks, saying the incident had been caused to divert world attention from the violation of human rights in Kashmir.

He reiterated that Pakistan played no role in the incident. He asked Nawaz Sharif to withdraw his statement that created a false impression about Pakistan’s role. He also advised Nawaz to take a briefing to mark difference between “state actors and non-state actors”.

Maryam Nawaz tweeted that former prime minister’s statement regarding Mumbai attacks was in the “best interest” of Pakistan. Nobody knows better than NS what illness is damaging the country. And he is also suggesting the cure for this malady.

At a court hearing today, the PML-N leader also defended his controversial comments regarding the 2008 Mumbai attack incident.  He stood firm on his Mumbai attacks statement which was termed “misleading” by military spokesperson.

“Are those who abrogated the Constitution patriot, are those who deposed the judges patriot, those who spilled the blood on 12 May are patriot,” Nawaz asked.

Earlier Nawaz Sharif, in an interview, had said, “Militant organisations are active. Call them non-state actors, should we allow them to cross the border and kill 150 people in Mumbai? Explain it to me. Why can’t we complete the trial?”

The military leadership has taken a serious notice of contents of an interview given by the PML-N leader and suggested a meeting of top security body, which was currently being held at the Prime Minister House.

The top civil-military body, in a crucial meeting of the National Security Committee (NSC), to discuss the situation arising out of Ex. prime minister Nawaz Sharif ’s remarks about alleged Pakistan’s role in the 2008 Mumbai attacks, clarified that India is responsible for a probe into the Mumbai attacks, and not Pakistan.

Nawaz Sharif was disqualified by the Supreme Court for not being “honest and righteous” as he failed to declare in 2013 a salary he got from the company of his son in the UAE. In February, the top court also disqualified him as the head of the ruling PML-N.