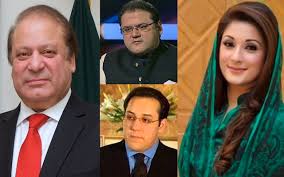 Muhammad Bashir presided over the trial proceedings in the capital. The former chief Pml-N along with his lawyer Khawaja Haris was in the attendance.

Khawaja Haris, raised objection on making the documents part of the court record, saying since Maryam was not nominated in the reference and both the sons of his client were not present, their statements could not be made part of the record.

Wajid Zia shed light on how the assets were shifted from Qatar to England and Saudi Arabia. “We were tasked to investigate the ownership of Sharif family’s assets and submit a final report on the matter in 60 days. On July 10th 2017, JIT report was presented before the apex court,” Zia stated.