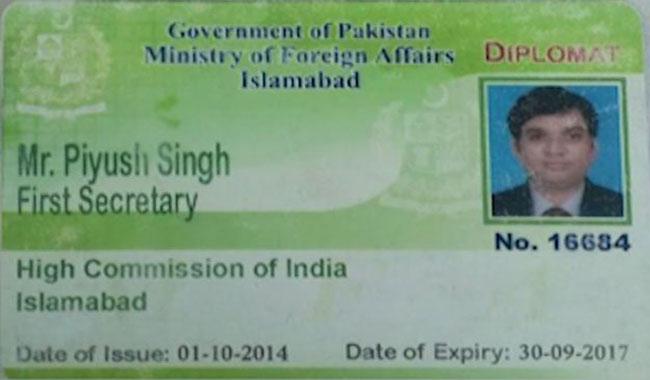 Piyush Singh, First Secretary of Indian High Commission was visiting IHC with regard to the petition of an Indian citizen, Uzma’s writ petition.

According to the media reports, when courtroom officials brought the incident to the notice of the IHC judge, he ordered confiscation of Singh’s cell phone.

The IHC judge, terming it a serious violation of the court decorum, ordered the Indian diplomat to submit a written apology before the court after Singh verbally apologised for the said incident.

However, later the diplomat issued a written apology. The court accepted his apology and warned him not to repeat the act.

“I fully apologise for the attempt of using mobile in court by mistake. It is requested that I may kindly be pardoned for this,” said Singh in his statement.

The cellphone was later returned to him and no charges were pressed. He told the court that he was texting on his phone and not using his camera.