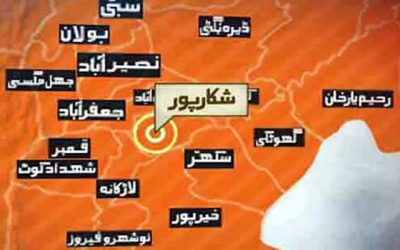 Intelligence agencies conducted an operation over a tip-off and took into their custody a suspected suicide bomber from Karachi’s Shikarpur area.

According to preliminary report, the alleged terrorist belongs to Tajikistan and was transporting the explosives from Landi Kotal and had reached Khanpur’s bus station. He reportedly wanted to target sensitive sites.

Police shifted the suspect to undisclosed location after recovering a suicide jacket and other explosive materials along with maps from him.