Kashmir an issue left over from history between India, Pakistan: China 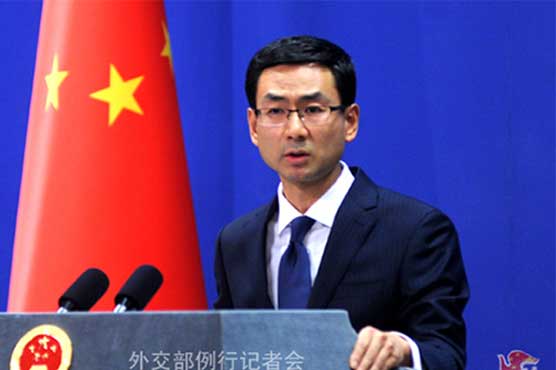 Kashmir an issue left over from history between India, Pakistan: China

Kashmir an issue left over from history between India, Pakistan: China: The National Accountability Bureau (NAB) has received about 326,694 complaints from individuals, private and public organisations over the past 16 years.
This was revealed during a fortnightly meeting to review the latest progress of the bureau’s Monitoring and Evaluation System (MES) at NAB Headquarters in Islamabad, a statement said on Friday.
The bureau over the past decade and a half had also authorised 10,992 complaint verification, 7,303 inquiries, 3,648 investigations and filed 2,667 corruption references in the respective accountability courts with an overall conviction rate of around 76 per cent.
NAB’s prime focus is on cases of cheating public at large by fraudulent financial companies, bank frauds, willful bank loan defaults, misuse of authority and embezzlement of state funds by government servants.
Since NAB’s inception, one of its major achievements was the recovery of around Rs287 billion of ill-gotten money which was deposited in national exchequer.
During the meeting, Adviser to NAB Chairman on MES gave a presentation regarding the latest progress on the system’s working and efficacy.
NAB Chairman Qamar Zaman Chaudhry said that the anti-corruption watchdog was committed to working with absolute professionalism, transparently and on merit with the realisation that eradication of corruption was a national duty.
He added that MES in NAB helps track implementation and outputs systematically. Moreover, it measures the effectiveness of performance which helps in enhancing the operational, monitoring and evaluation capabilities.
He directed the Advisor on MES that it should be implemented in all regional bureaus and the headquarters at the earliest.